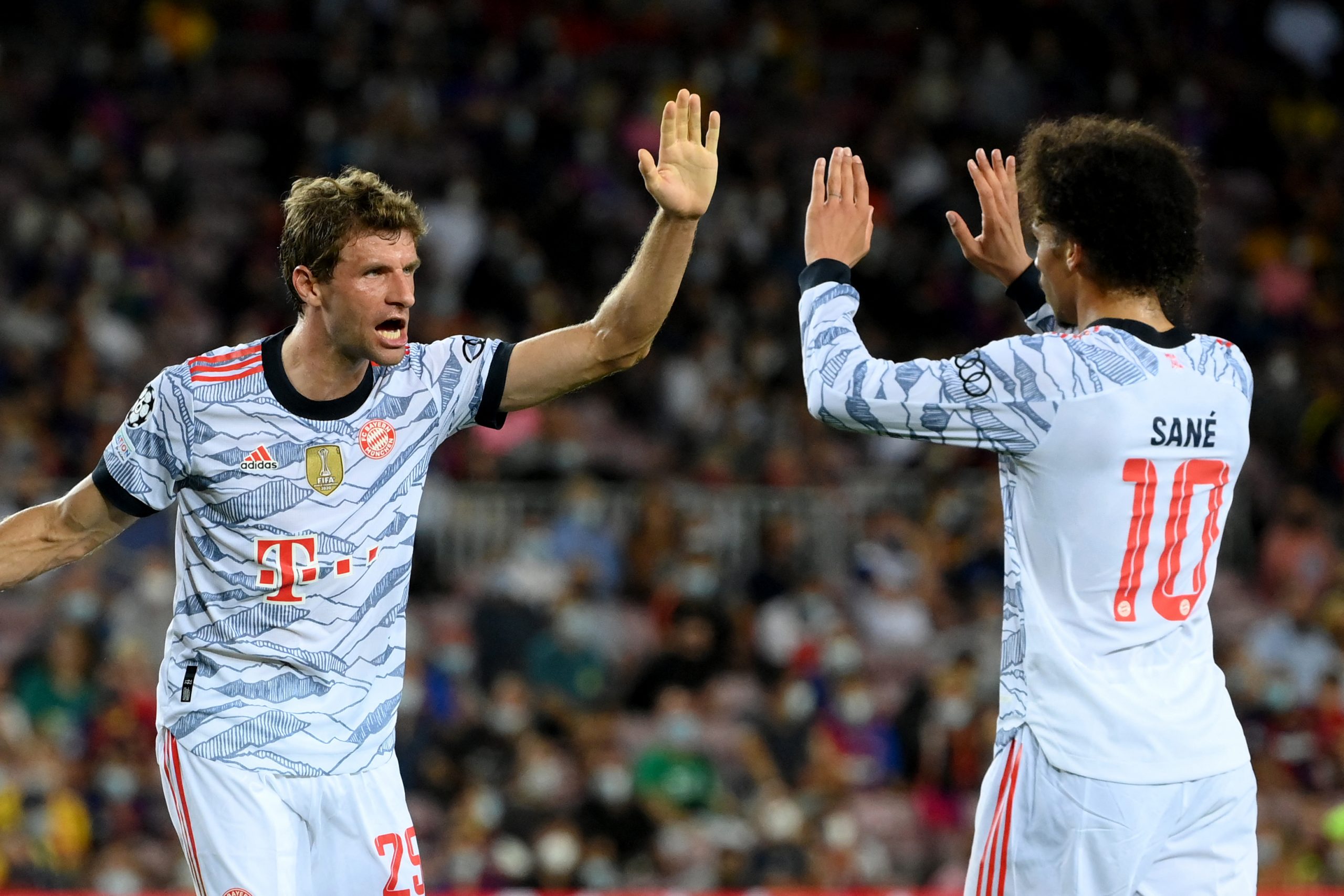 The Bundesliga giants handed Barcelona a brutal demonstration of how far their opponents have fallen as Mueller scored the opening goal at the Camp Nou before Robert Lewandowski netted twice.

Without Lionel Messi for a first European campaign since 2003, Barca were outplayed by a Bayern team who could have scored more after weathering an opening storm by the hosts.

“From the middle of the first half, things went much better,” said Mueller.

“We had some good counter-attacks and won the ball, we didn’t allow a lot at the back, but we could have scored a goal or two more upfront.

“If you win 3-0 here at the start of the competition, that’s a very important signal. We are very pleased.”

Having netted 41 Bundesliga goals last season to break Gerd Mueller’s 49-year-old record, Lewandowski has picked up in 2021/22 where he left off.

The Poland striker already has 10 goals for Bayern in six games this season and when Jamal Musiala clattered the post early in the second half, Lewandowski tapped in the rebound.

He grabbed his second and Bayern’s late third after finding his way through a posse of defenders.

Lewandowski described it as a “perfect day” for Bayern against a Barcelona side that failed to muster a single shot on target.

“We showed from the first minute that we wanted to win here. We were in control of the game, that was important. It was a perfect day.”