Can Delhi Capitals find a way to break the MI hoodoo? 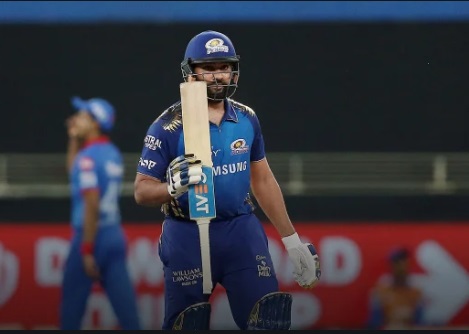 Delhi Capitals will have the odds stacked against them going into this encounter against their bogey team. Mumbai Indians have dominated this rejuvenated DC team like no other in the IPL and even pipped them to the title last year.

In addition to that baggage, DC will also have to shrug off the quick turnaround from their previous game, on Sunday, in Mumbai. Having already played three games on the Chepauk surface, MI starts with the distinct advantage of familiarity with the conditions.

DC will also be all too familiar with how Trent Boult ripped through their top order in 2020 final, but Boult has proven to be a thorn in their flesh right through the qualifier and league stage as well in that edition. One of the battles that could set the tone early is when he runs into Prithvi Shaw. Boult dismissed Shaw three times in three encounters last season and played a big part in forcing the right-hander to relook at his game.

Now in the midst of a purple patch, Shaw has proven that a rejig to his technique can be successful but the biggest test for those changes is bound to come against Boult. Just as the measure of Delhi Capitals’ growth as a team will be measured by how they manage to overcome the MI hurdle.

What to expect: The Chennai pitch has proven difficult to chase so far, and the toss could play a critical role once again.

Player availability: There has been no concern made public since the previous outing.

Tactics & Match-ups: Legspinner Amit Mishra could find a spot in the final eleven at the cost of a pacer, given his potency against Rohit Sharma (6 dismissals) and the tacky nature of the Chepauk surface.

Player availability: Mahela Jayawardene mentioned a shoulder niggle for Hardik Pandya, and that could play a factor in influencing their decisions.

Rishabh Pant has been dismissed 5 times by Bumrah in 33 balls. Bumrah also has a positive match-up record against Steve Smith which could incite a change in how the pacer is used against Delhi Capitals.

– Delhi Capitals last won in Chepauk way back in 2010. They’ve lost six games at the venue albeit to the home team, Chennai Super Kings

I think it is unfair for me to say that you need batting wickets for the IPL matches and everywhere. Why the tournament is interesting is that every venue is different, I think it has been evenly contested between bat and ball. Yes, the wicket is slightly on the slower side but we have still seen scores of 150, 160. I mean the other day we saw 200. They are not unplayable wickets, but good, competitive wickets. Adjusting to those challenges is always the key for any batsman – Mumbai Indians’ coach Mahela Jayawardene weighs in on the pitch debate

The Mumbai Indians have played three games in Chennai, so they know the conditions there. For us, the challenge will be to switch on mentally according to the wicket and prepare our plan. Then we just have to go out there and implement the plan and play with a positive mindset and look to win the game – Shikhar Dhawan on the MI challenge