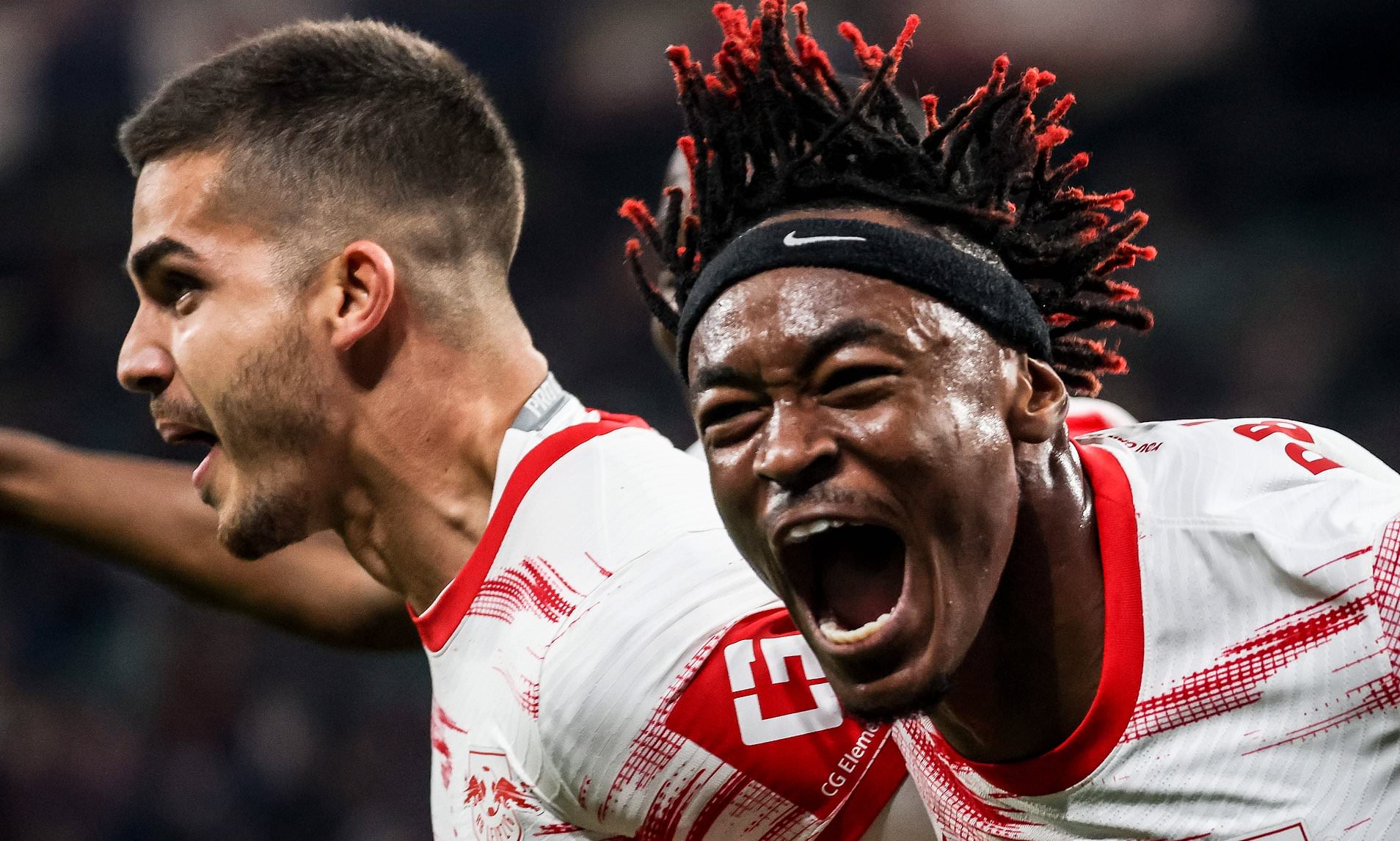 Portugal striker Andre Silva scored just 42 seconds after coming on mid way through the second-half to break the deadlock before Nkunku took his tally this season to nine goals in 10 games in all competitions.

“It was a real struggle,” said Marsch, “it was an important moment for Andre and for us when he scored.”

Leipzig CEO Oliver Mintzlaff before kick-off admitted results are “not what we imagined” after Tuesday’s home defeat by Club Brugge in the Champions League which followed a 6-3 drubbing at Manchester City.

After Nkunku netted Leipzig’s second with a deft chip over Bochum goalkeeper Manuel Riemann, a relieved Marsch celebrated with his players on the sidelines.

“Things aren’t easy for us, but it is no bad thing when we have to fight for everything,” added Marsch.

“We have learnt a lot in the last few months and showed we’re developing.”

Earlier, Borussia Dortmund proved they can win in the Bundesliga without injured star striker Erling Braut Haaland by grabbing a 2-1 victory at home to Augsburg.

With Haaland again in the stands at Signal Iduna Park, having also missed Tuesday’s Champions League win over Sporting Lisbon with a persistent leg injury, Dortmund bounced back from last week’s defeat at Borussia Moenchengladbach.

Raphael Guerreiro converted a penalty in the 10th minute only for Augsburg to equalise through Swiss striker Andi Zeqiri.

Germany winger Julian Brandt struck Dortmund’s winner when he smashed Marco Reus’ clever pass into the net six minutes into the second half.

“It was incredibly intense,” said Brandt.

“I was a bit annoyed that we didn’t score the third goal, but when you win, you’re happy enough.”

The victory lifts Dortmund to second, but Bayer Leverkusen can leapfrog them on Sunday if they win at Arminia Bielefeld.

Freiburg, one of two clubs still unbeaten along with Bayern, are third and level on points with Dortmund after their 2-1 win at Hertha Berlin.

Striker Nils Petersen, who specialises in goals off the bench, grabbed a second-half winner just two minutes after coming on at the Olympic Stadium to give him his 30th Bundesliga goal as a substitute.

“We conceded from two deadball situations, I can’t also play and head the ball away,” said Dardai.

Wolfsburg, league leaders up until a fortnight ago, suffered a second consecutive league defeat to drop to fifth after losing 3-1 at home to resurgent Moenchengladbach.

American teenager Joe Scally scored his first Bundesliga goal when he fired in the visitors’ third deep into added time.

Gladbach were 2-0 up after less than seven minutes.

Swiss striker Breel Embolo proved his fitness after a leg injury with a spectacular goal, then set up the second less than two minutes later for Jonas Hofmann.

The hosts pulled one back when Ridle Baku whipped in a cross which ricocheted off three players to allow Luca Waldschmidt to score.

Wolfsburg had defender Maxence Lacroix sent off for a second yellow card after bringing Embolo down with 14 minutes left, then Gladbach captain Lars Stindl had a weak penalty attempt saved.

Jerome Roussillon had a second red card for Wolfsburg reversed by VAR after replays showed he made contact with the ball before bringing down Hofmann.