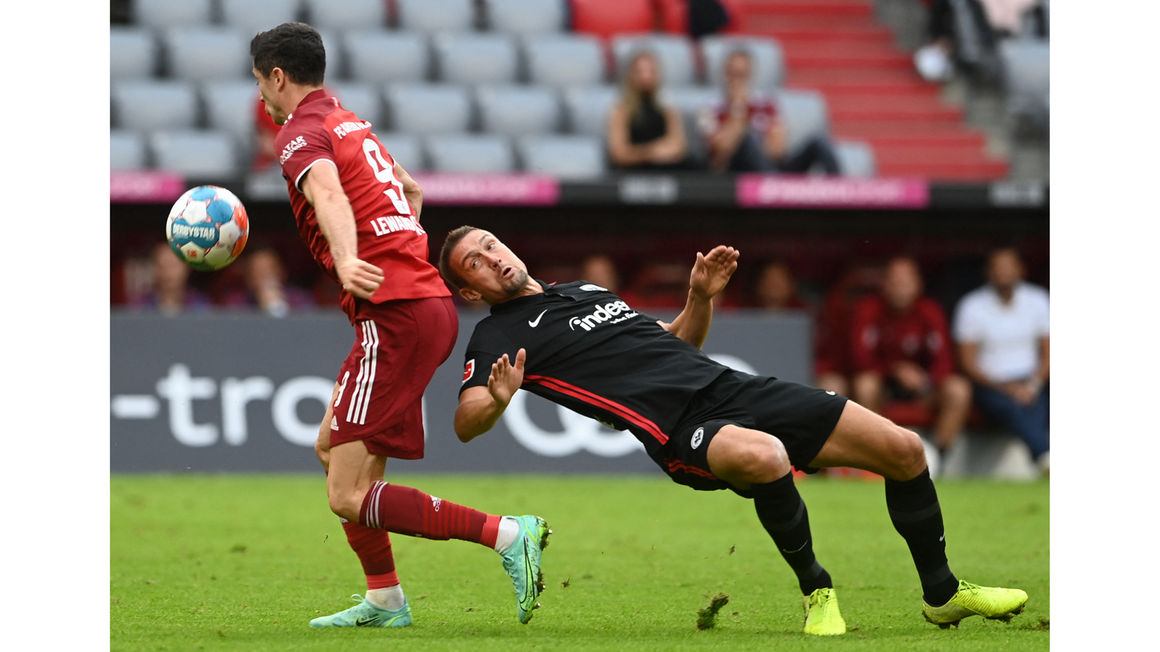 Julian Nagelsmann suffered his first defeat as Bayern Munich coach on Sunday as Eintracht Frankfurt snatched a dramatic, smash-and-grab 2-1 away win with a late winner from Filip Kostic. Kostic struck on the counter-attack seven minutes from time to hand Frankfurt their first win in Munich for more than two decades and condemn Bayern to their first defeat of the season. Despite dominating Frankfurt for much of the game, Bayern succumbed to their first league home defeat since 2019 and now sit just one point clear of Borussia Dortmund in the table.

Leon Goretzka gave Bayern a deserved lead after a dominant first half-hour, slotting in a low finish after a smart lay-off from Robert Lewandowski.

Bayern were left reeling a few minutes later, though, as Martin Hinteregger sent a thundering header past Manuel Neuer at a corner to level the scores.

Lewandowski almost restored the lead shortly before the hour-mark, but Frankfurt keeper Kevin Trapp denied the Polish star at point-blank range with a brilliant reflex save.

It was the first of a string of second-half stops from Trapp, whose heroics kept Frankfurt in the game before Kostic’s winner sealed Bayern’s fate.

Elsewhere, Nigerian striker Taiwo Awoniyi netted two goals against his old club as Union Berlin fought from a goal down to beat Mainz 2-1 and continue their fine start to the Bundesliga season.

Awoniyi struck twice in four minutes in the second half to give high-flying Union their first away win of the season and fire them up to seventh in the table.

Union loanee Marcus Ingvartsen also scored against his former teammates to give Mainz the lead just before half-time, but it was former Mainz striker Awoniyi who had the last laugh as Union bounced back after the break.

Having missed a handful of chances throughout the game, the Nigerian levelled the scores with a cool finish on the counter-attack 20 minutes from time.

A few minutes later, the 24-year-old scored an almost carbon copy of his equaliser to put Union ahead, once again latching onto a long ball and holding off the Mainz backline before slotting the ball into the bottom corner.