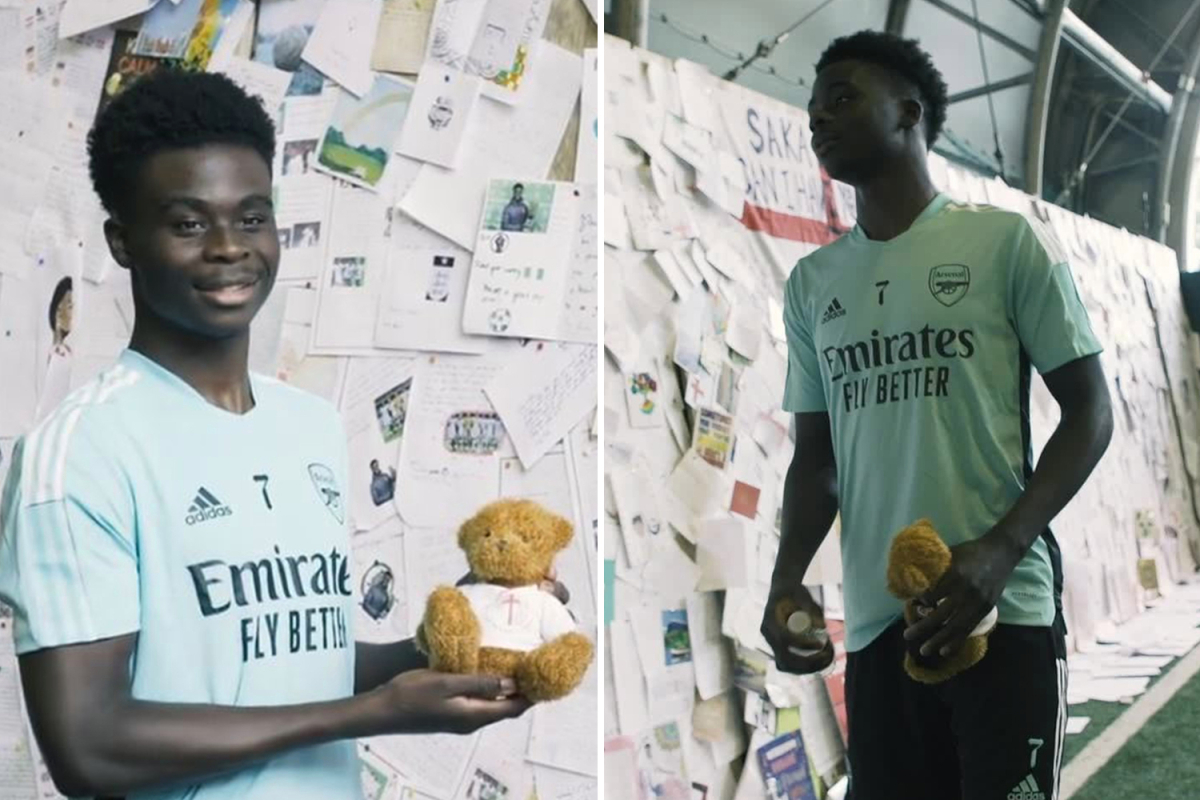 Arsenal’s Bukayo Saka has been presented with thousands of letters of support after he was racially abused following his penalty miss in England’s Euro 2020 final defeat against Italy. Saka endured vile taunts on social media after missing the decisive penalty in the shoot-out at Wembley. His England team-mates Marcus Rashford and Jadon Sancho were also abused following their spot-kick misses in the final. The 19-year-old said he expected a harsh response from some fans after his miss ended England’s hopes of a first major trophy since 1966.

But on returning to Arsenal’s London Colney training ground this week, Saka was given a display wall covered in thousands of supportive letters, cards and gifts sent to the club.In footage of the moment posted to Twitter, Saka said: “I’m speechless. How do I even say thank you for all of this?

“Can I just pick it all up and take it home?”

Saka picked up a teddy bear from the collection and said he would take it to his home.

Reading a message from one well-wisher, the young midfielder laughed and said they had invited him to play football in the park and “let him win”.