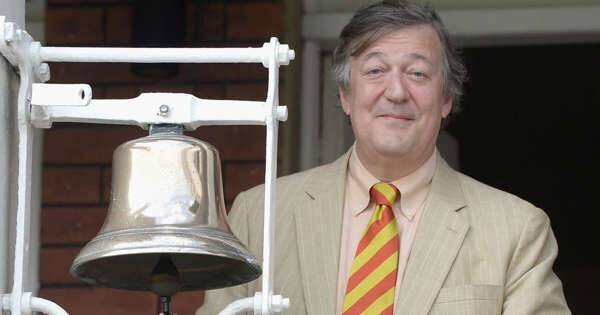 “I am honoured and proud to be nominated as the next president of MCC,” said Fry, who was nominated for a Golden Globe for playing Oscar Wilde in the 1997 film “Wilde”.

“It is a club that is known throughout the world for what it represents in the game and to be gifted the opportunity to perform this role is truly humbling.

“I thank Clare for this incredible opportunity and I look forward to supporting her as president-designate over the summer before commencing my own innings in the autumn.”

Fry, who has been president of mental health charity Mind for more than a decade, is also a playwright, comedian and film director.

Introducing the next President of MCC…

It’s one hell of an honour and I’m insanely excited and grateful – thank you to @ConnorCricket and everyone @MCCOfficial https://t.co/bN8gpJNH1E

Connor, who last year became the MCC’s first female president since the Lord’s-based club was founded in 1787, said she was “thrilled” to announce Fry as her successor — the post is rotated on an annual basis.

The former skipper, who is managing director of England women’s cricket, said: “He has a deep love and care for cricket and will be a wonderful ambassador for MCC…. He will bring a wealth of experience to the role and I hope he thoroughly enjoys his year.”