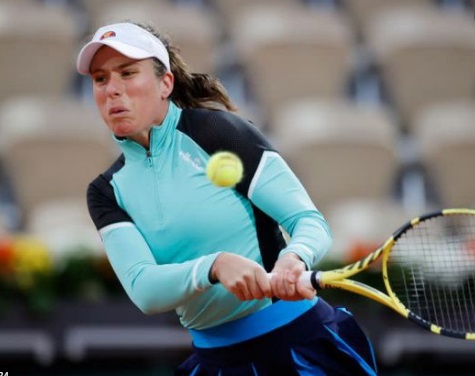 Britain will be without their top-ranked player, Johanna Konta, for their Billie Jean King Cup play-off tie against Mexico as she continues to manage a knee problem, with Jodie Burrage selected in the squad for the first time.

World number 18 Konta, who retired from this year’s Australian Open due to an abdominal injury, said last week that she would not be part of the as she gives her problematic knee time to adjust ahead of the clay-court season.

Burrage, 21, was rewarded on Tuesday for her impressive recent form which saw her capture an ITF title in Dubai over the weekend when the Lawn Tennis Association named her in the squad.

“Heather has shown great commitment to the team and the competition over the years, and Katie Boulter and Harriet Dart have both shown their character in recent ties as well,” Keothavong said.

“Along with Katie Swan and Jodie Burrage we have a strong group of players who I’m confident can do us proud.”

The tie will take place behind closed doors at the LTA’s National Tennis Centre in Roehampton on April 16-17. The winner will advance to a one-off qualifier next February to join the 12 best countries in the 2022 Billie Jean King Cup Finals in April.