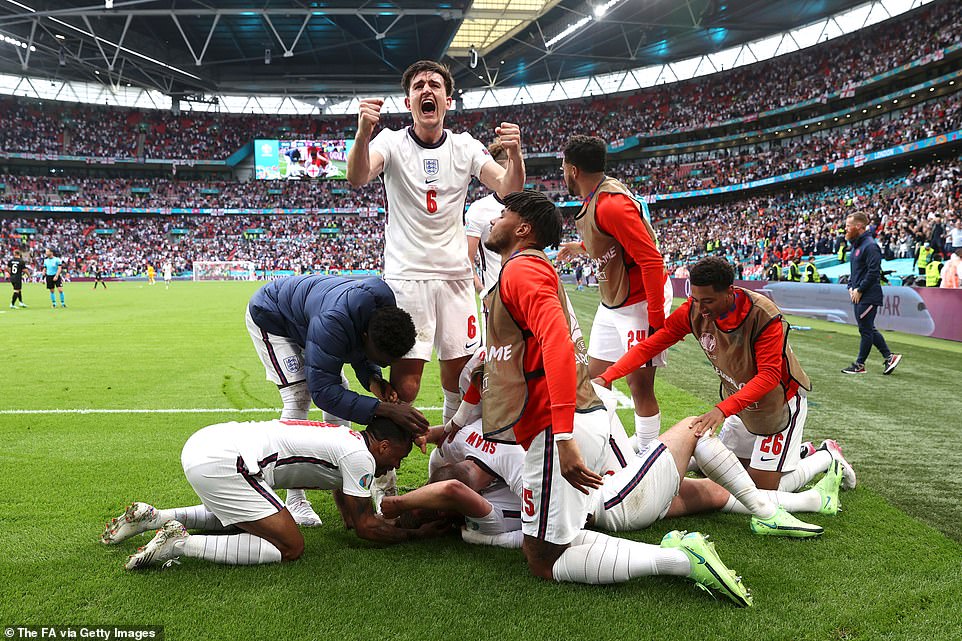 England sealed a place in the quarterfinals of the ongoing Euro 2020 on Tuesday thanks to two late goals from Raheem Sterling and Harry Kane. Happy with the win, England Prime Minister Boris Johnson took to Twitter to applaud the performance of Gareth Southgate’s side against Germany. England’s PM posted a picture of himself celebrating a goal by Kane, who found the back of the net for the first time in the ongoing European championship. “Well done @England! We’re all behind you – bring it home,” Boris Johnson tweeted.

We’re all behind you – bring it home! pic.twitter.com/7rPnp0xrKu

After a goalless first half, Southgate decided to bring Jack Grealish on for Bukayo Saka in the 69th minute. Grealish’s presence on the field immediately proved to be a game-changer for England.

Grealish worked the ball wide to Luke Shaw and his low cross reached Sterling, who pounced with a clinical close-range finish past a diving Manuel Neuer to send Wembley into ecstasy.

In the 86th minute, England captain Kane doubled their lead with a diving header after receiving a cross from Grealish.

After the win, England coach Southgate thanked the crowd for creating a memorable atmosphere but he also added that his players must not lose focus ahead of Saturday’s quarter-final clash against Ukraine.

“The players were absolutely immense, right the way through the team and the fans were as well. Only 40,000, but it’s as good an atmosphere as I can remember at Wembley,” Southgate said after the match.

We played extremely well. I think we deserved the win, but I’ve had to say to them (the players) straight away, look, ‘I’m the party-pooper because if we don’t capitalize on that on Saturday now, then it doesn’t count for anything,” he concluded.