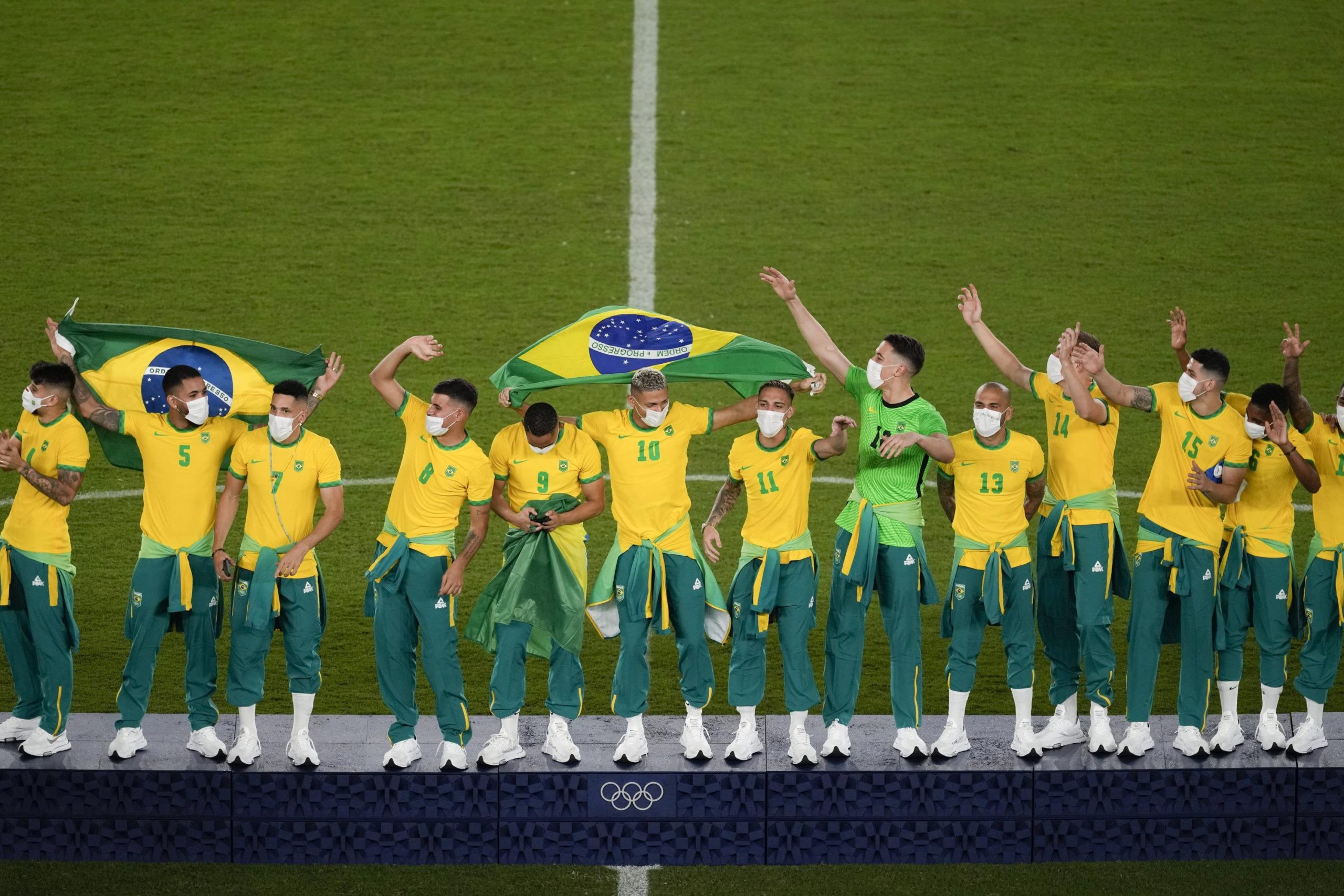 The Brazilian Olympic Committee said it will take action against its men’s football team after the players refused to wear the country’s official Olympic uniform during the medal ceremony at the Tokyo Games on Saturday.

The committee condemned the attitude of the players and the Brazilian football confederation after the team beat Spain in the final to win gold. “After the end of the Games, the Brazilian Olympic Committee will make public the measures that will be taken to preserve the rights of the Olympic movement, of our sponsors and of other athletes,” the committee said.

Brazilian athletes had been told in advance that they had to wear the team’s International Olympic Committee (IOC)-approved official uniform, which is provided by Chinese company Peak Sport, but the players went to the podium wearing their Nike jerseys. Only their pants were part of the Peak uniform and their jackets were tied around their waists.

Players told Brazilian media they were only following orders from the Brazilian football confederation, which had not immediately made an official comment. Some reports said the confederation was not aware of the requirement that athletes had to wear the official Team Brazil uniform on the podium.

Brazilian swimmer Bruno Fratus, a bronze medalist in the 50 meters in Tokyo, said it “was a clear message” that soccer players don’t feel part of the Olympic team and don’t really care about it.

“They are also completely disconnected and alienated to the consequences that this may bring to the numerous athletes who are not millionaires like them,” he said on Twitter.

Not following the rules could create problems for the Brazilian Olympic Committee with its current and future contracts with Peak or other sportswear companies. Team Brazil used Nike uniforms in the 2012 and 2016 Olympics.

“One of the basic concepts of sports is discipline,” she said on Twitter. “Following rules shouldn’t be that hard. What the soccer team did, not wearing the official uniform on the podium, wasn’t good for Brazil’s image. It’s the Brazilian Olympic Committee that will be punished, not the Brazilian soccer federation.”