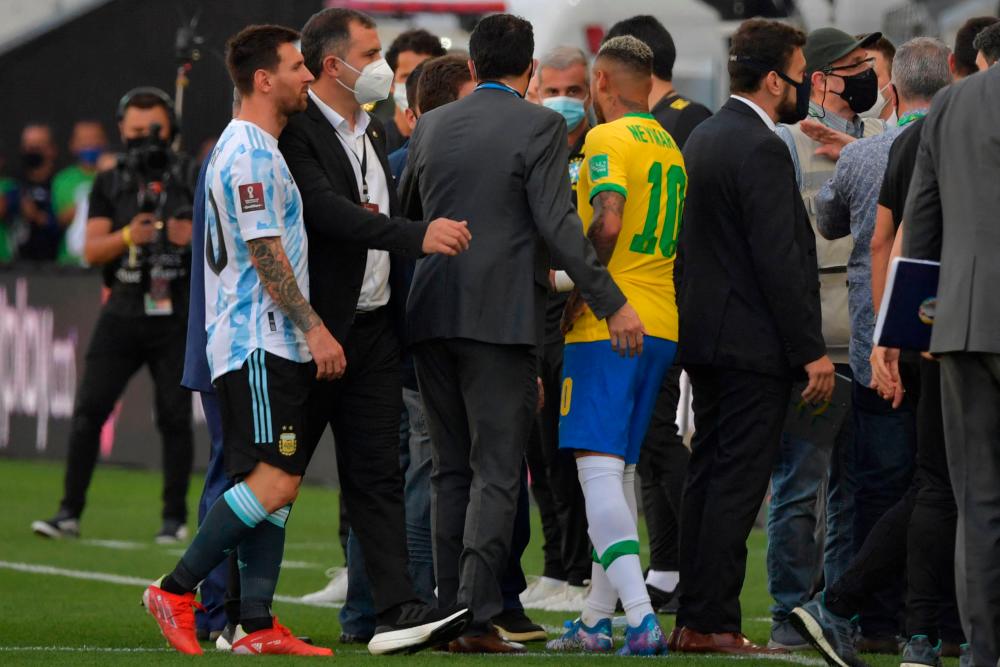 FIFA on Monday ordered Brazil and Argentina to replay a World Cup qualifying match halted in Sao Paulo in September over alleged Covid-19 quarantine breaches by the visitors. Brazilian health officials stormed the pitch seven minutes into the clash on September 5 between the South American giants at Sao Paulo’s Neo Quimica Arena, stopping the match and triggering a melee involving team officials and players. “After a thorough investigation of the various factual elements and in light of the applicable regulations, the FIFA Disciplinary Committee has decided that the match should be replayed on a date and at a location to be decided by FIFA,” said a statement from world soccer’s governing body on Monday.

The two nations are undefeated in South American qualifying and are sure to finish in the top two places in the 10-team group, although both have three games to play, including the rematch. The top four teams qualify automatically for the World Cup in Qatar.

Hours before the on-pitch drama in September, Brazil’s National Health Surveillance Agency (ANVISA) said four Argentine players based at English clubs at the time should be placed in “immediate quarantine” for breaching Covid-19 protocols.

On Monday, FIFA said that “the abandonment of the match stemmed from several deficiencies of the parties involved towards their respective responsibilities”.

FIFA banned the four Argentine players for two matches each for “not complying with the FIFA Return to Football International Match Protocol.”

It also handed a series of fines to the two national football federations.

The Argentinian Football Association was fined 200,000 Swiss Francs for “its failure to comply with its obligations in relation to order and security, the preparation of and its participation in the match.”

Both federations were also fined 50,000 Swiss Francs for the abandonment of the match.