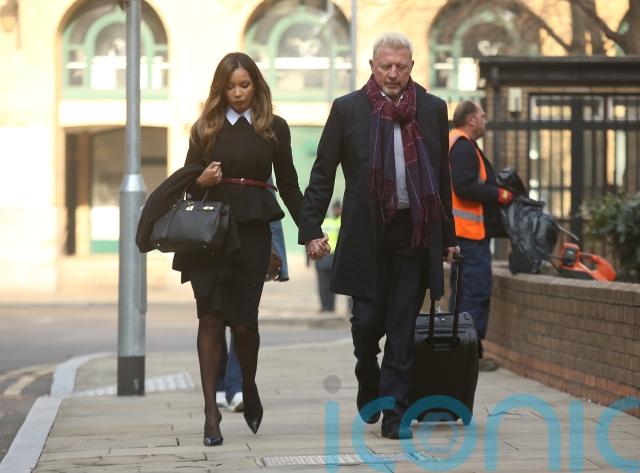 Becker is on trial charged with 24 offences relating to his 2017 bankruptcy over a £3.5 million ($4.6 million) loan from private bank Arbuthnot Latham for a property in Spain.

Despite his financial difficulties, the 54-year-old German spent hundreds of pounds at luxury London department store Harrods and treated himself to designer clothes, a jury at Southwark Crown Court in London heard.

The former world number one is alleged to have hidden 1.13 million euros ($1.25 million) from the sale of a Mercedes car dealership he owned in Germany, which was paid into his Boris Becker Private Office (BBPOL) account.

“It is the prosecution case that Mr Becker used the BBPOL sterling account as an extension of his own account, effectively as his own piggy bank, for everyday personal expenses such as school fees for the children and suchlike,” said prosecutor Rebecca Chalkley.

Becker was also said to have transferred 300,000 euros to his own account, while other funds went into an account he jointly held with his son Noah.

The German is also accused of failing to hand over assets including his 1985 and 1989 Wimbledon men’s singles trophies and his Australian Open silverware from 1991 and 1996.

He allegedly failed to declare two German properties, as well as his interest in a London flat, and hid an 825,000-euro bank loan.

Becker, who won 49 singles titles during his 16-year playing career, is being supported in court by his partner Lilian de Carvalho Monteiro.

He denies all the charges against him, which include nine counts of failing to deliver up trophies and other awards.

The trial is expected to last for up to three weeks.

Indian Wells 2022: Iga Swiatek thumps Maria Sakkari for WTA title, No 2 world ranking
Nadal out for up to six weeks with stress fracture in rib