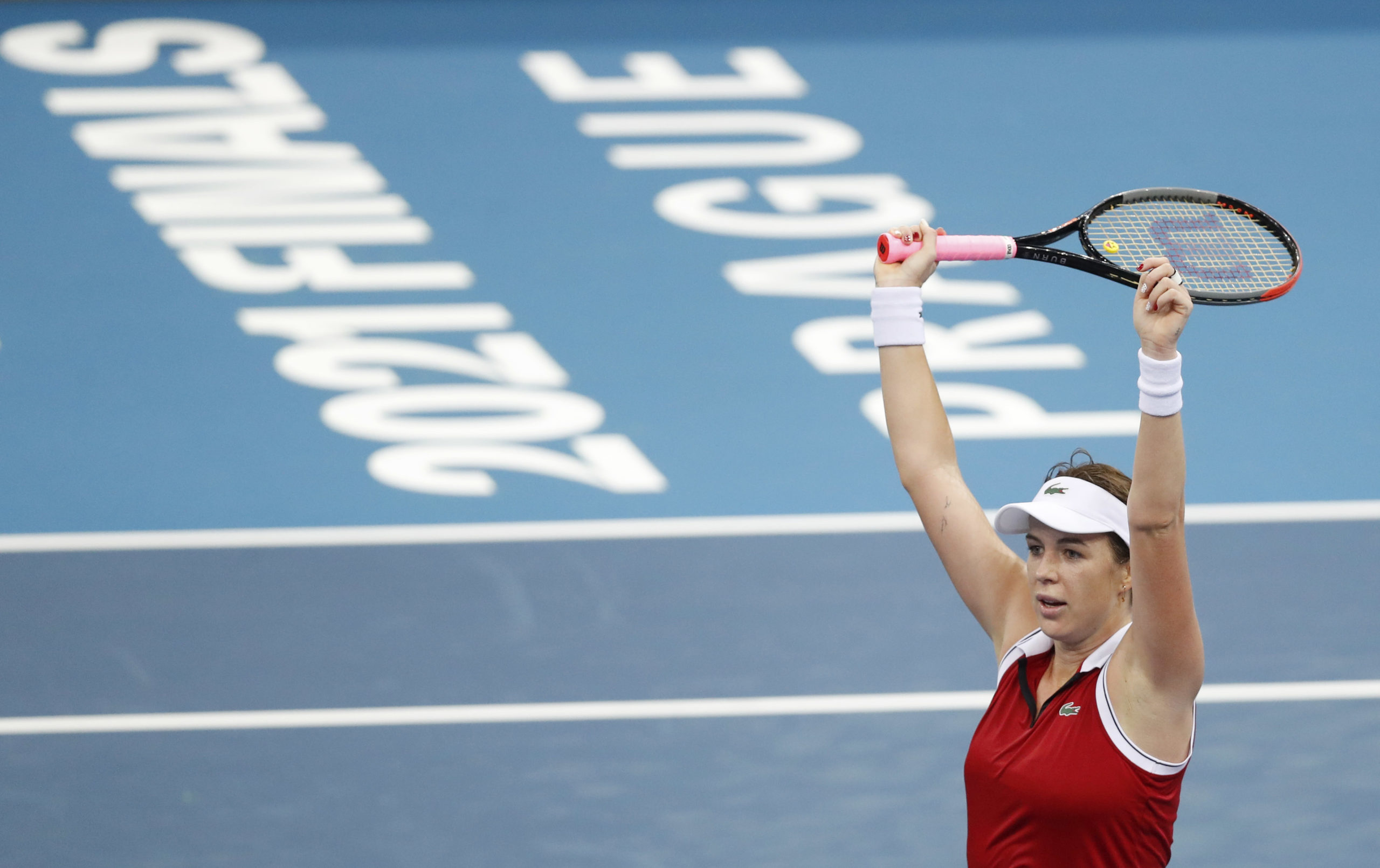 In the first rubber of the day, France’s Clara Burel stunned Ekaterina Alexandrova 3-6, 6-4, 6-3, but Russia came back through Pavlyuchenkova and the doubles pair to win the tie 2-1.

Russia beat Canada 3-0 on Tuesday and needed just a point to go through as France had lost to Canada 2-1 earlier on at the rebranded version of the Fed Cup whose last edition France won in 2019.

Pavlyuchenkova and Cornet staged a spirited tug-of-war fighting hard for each ball, with a more patient and precise Pavlyuchenkova sending Cornet scampering after her shots.

They traded a break apiece in the first set before Pavlyuchenkova slammed a volley into the net to hand Cornet another break and the set.

But Pavlyuchenkova took the second set after earning two breaks and then broke Cornet’s serve again in the marathon first game of the decisive set, which proved the crucial moment as she then cruised to the win.

“I’m so happy and so proud of myself because I think it was an incredible match,” said Pavlyuchenkova after staging a little dance on the court in celebration.

“It was very good tennis but more importantly I think it was an amazing fighting spirit from both of us, we were like two tigers,” she added.

“In the first set I was thinking too much. In the third set, I said to myself I’m going to die on the court but I’m not losing this match.”

France started the day on a high as 77th-ranked Burel overcame world number 32 Alexandrova in a nervous rubber with a total of 17 lost serves.

Alexandrova converted four break points to take the first set but then lost momentum early into the second, never quite finding her serve.

The increasingly patient Burel seized on the opportunity and started to control the game, while Alexandrova kept piling up errors.

Burel looked far more hungry for a win but squandered four match points before the desperate Russian ended her own misery with two double faults.

“It is very special, it was my first single match for my country and I’m very happy that I was able to win today,” said Burel.

“Even the first set was very close, it was a few points that made the difference, so I stayed tough and I fought a lot.”

Veronika Kudermetova and Liudmila Samsonova gave Russia the win as they eased past Burel and Cornet 6-2, 6-1 in the doubles rubber.

Russia are yet to discover their opponent in Friday’s semi-finals as the other three groups are still wide open.

The United States face Spain later on Wednesday, while Australia play against Belarus and the Czech Republic take on Switzerland on Thursday.