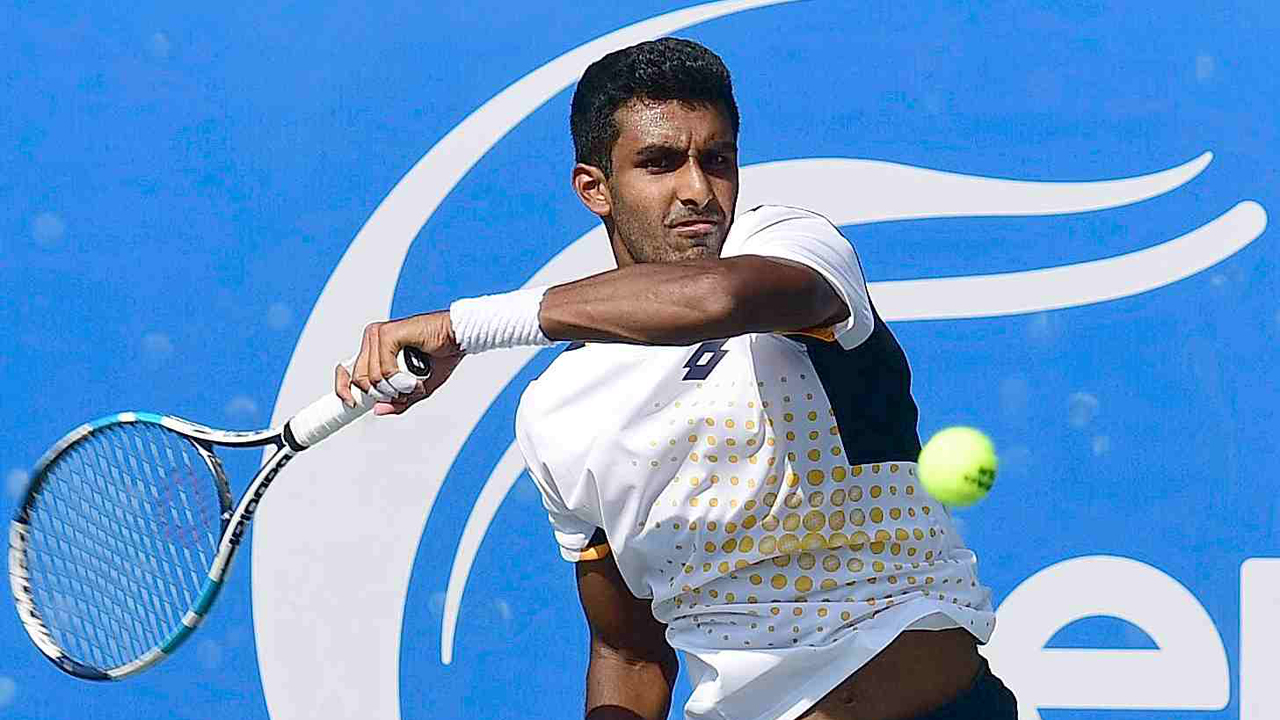 Bengaluru: India’s singles challenge ended at the Bengaluru Open with the second round defeat of Prajnesh Gunneswaran against top seed Jiri Vesely, here on Thursday.

Prajnesh won the first set but eventually made exit with a 6-3 2-6 1-6 defeat that sent the Czech into the quarterfinals, where he will meet sixth seed Frenchman Enzo Couacaud who quelled the challenge of Max Purcell 6-4 3-6 6-2.

“I think I went wrong somewhere at the end of the second set as I committed too many mistakes which could have been avoided,” Prajnesh said after the match.

The 28-year-old Vesley said, “I just wanted to be myself and play my natural game. Although his confidence was high after the first set, I don’t know what happened to him, his game just dropped.”

Meanwhile, three Indian pairs bowed out of the doubles event with only the third seeded team of Saketh Myneni and Ramkumar Ramanathan advancing to the semifinals after getting a walkover from their opponents Steven Diez of Canada and Malek Jaziri of Tunisia.

In the other singles pre-quarterfinals, Cem Ilkel of Turkey made a superb comeback to down the big-serving Russian Evgeny Donskov 2-6 6-3 7-5 to set up a last eight showdown with Alexandre Muller of France, a 7-6 (4) 6-4 winner over Bulgarian Dimitar Kuzmanov in a match that lasted for three hours.