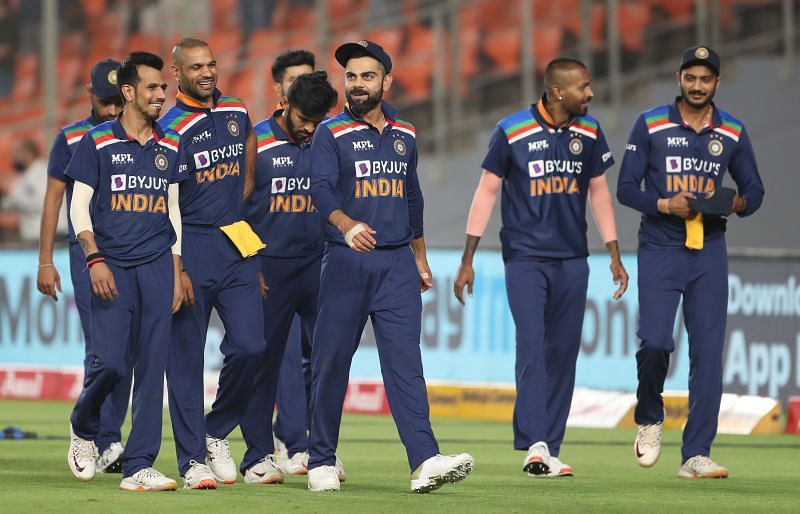 Virat Kohli will continue to remain the captain of the Indian cricket team in all formats, maintained Board of Cricket Control (BCCI) Treasurer Arun Dhumal.

According to a report News18, Dhumal has rubbished claims that Kohli might step down as the white-ball captain after the conclusion of the T20 World Cup this year.

“Nothing (as) such is happening. This is all what you guys (media) are talking about,” said Dhumal, adding that the BCCI had not discussed the matter of split captaincy. He added that Kohli would retain captaincy in all formats of the game. Earlier, reports had emerged that Kohli might step down as the captain in the limited-overs format of the game, handing the reins over to Rohit Sharma. BCCI sources had said that the decision was taken so that Kohli could focus on his batting ahead of the T20 and ODI World Cups, scheduled to be held in 2022 and 2023.

Reports were also indicative that the Indian skipper was being replaced by Sharma because of the former’s failure to lead India to victory in ICC events such as the recently concluded World Test Championship.

The BCCI sources had said that both Sharma and Kohli were in tandem over the issue of split captaincy, adding that Royal Challengers Bangalore batsman would be making the announcement soon.

Kohli is counted as one of the most successful captains in Indian cricket, boasting a winning percentage of 70.43 percent in the 95 ODIs he has led.

Sharma has led the Indian squad in 19 ODIs, out of which the team has won 15. His record in the limited-overs format as well as his captaincy of the Mumbai Indians in the Indian Premier League (IPL) had made him the natural choice to assume white-ball captaincy. The Mumbai Indians skipper has led his team to victory five times in the IPL.