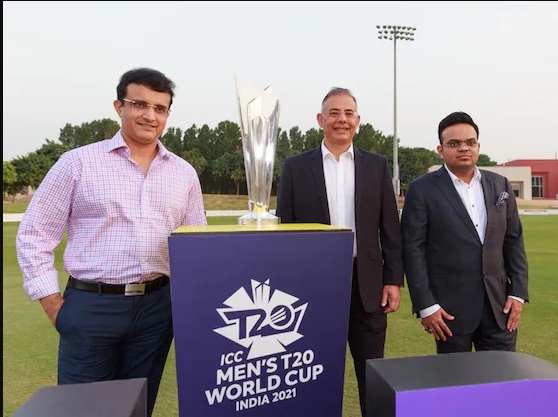 The Board of Control for Cricket in India (BCCI) has sought more time from the International Cricket Council (ICC) to take an “appropriate call” on hosting the T20 World Cup 2021. The tournament is currently scheduled to be held in India in the months of October and November later this year. The decision to seek an extension was taken at the Special General Meeting (SGM) which was held virtually on Saturday where it was also decided that the remainder of the IPL 2021 will be held in the United Arab Emirates (UAE) in September-October.

“The BCCI SGM further authorised the Office Bearers to seek an extension of time from the ICC to take an appropriate call on the hosting of ICC T20 World Cup 2021,” the BCCI said in its press release.

The final of the multi-nation tournament was scheduled on November 13 at the world’s biggest cricket stadium in Ahmedabad.

However, this decision was taken at the BCCI Annual General Meeting (AGM) last month but since then the second wave of the coronavirus led to record number of cases in the country and even led to the postponement of the IPL 2021 on May 4.

While the future of the T20 World Cup is still uncertain, the BCCI has found a window to stage the remaining matches of the 14th edition of the IPL in the UAE.

The BCCI members, at its SGM, unanimously decided to resume the cash-rich league in the UAE, considering the monsoon situation in India in the months of the September-October.

WTC Final: India To Arrive In England On June 3, ICC Reveals COVID-19 Protocols
IPL 2021 Will Resume In UAE Due To “Weather Restrictions” In India: Jay Shah