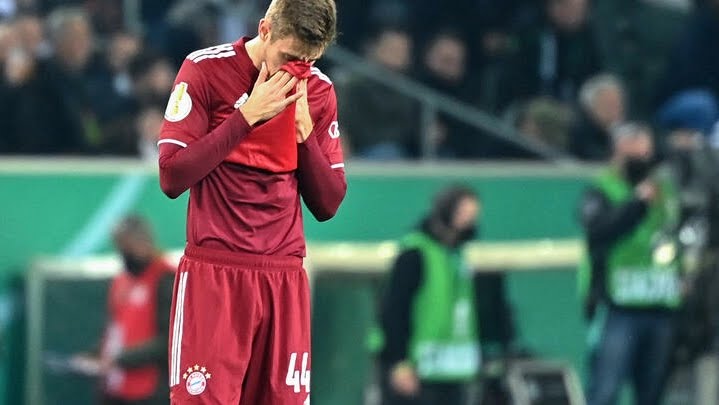 Bundesliga champions Bayern Munich have docked the wages of unvaccinated players like star midfielder Joshua Kimmich who is in quarantine over contact with Covid-infected individuals, Bild am Sonntag reported. Kimmich was sent into a second round of isolation on Friday because of a new coronavirus exposure. He had just been released on Tuesday from quarantine arising from contact with team-mate Niklas Suele who tested positive last week.

Kimmich, 26, has sparked a heated debate in Germany since revealing he opted not to be vaccinated due to “personal concerns”.

Bayern bosses reportedly summoned him and four other unvaccinated teammates on Thursday to inform them of the pay cut when they are in isolation because they have not taken the jab, Bild said, quoting unnamed sources from the team.

Under new rules taking effect from November 1, employees who miss work because of a quarantine are no longer entitled to receive compensation if they are unvaccinated.

His absence has left his club struggling. On Friday, the Bundeliga leaders crashed to a shock 2-1 defeat at Augsburg.

Germany is battling a vicious fourth wave of the virus with infection numbers hitting new records this week.

A relatively low vaccination rate — hovering under 70 percent — has left the country vulnerable and German leaders this week decided new curbs to spur those holding out against the jab to change their minds.

Those not immunised will have to provide negative tests to use public transport or go to the office.

They will also be shut out of restaurants, sporting events and cultural shows in regions where the hospitalisation rate stands at above three patients per 100,000 over the past seven days. The national average reached 5.5 on Sunday.

In the worst-hit zones, regional leaders have imposed partial shutdowns.

The state of Saxony has ordered all sporting and cultural venues shut, banned tourism and public consumption of alcohol.

Christmas markets, which were due to open on Monday, have been cancelled across Saxony and Bavaria.