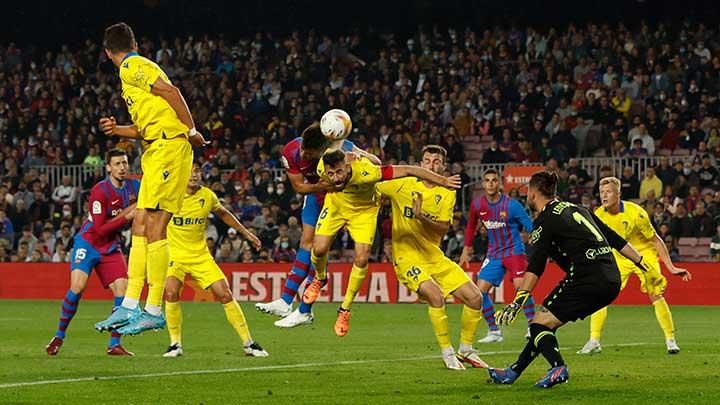 BARCELONA: Barcelona’s faint hopes of catching LaLiga leaders Real Madrid suffered a huge blow as they slipped to a shock 1-0 home defeat by relegation-threatened Cadiz on Monday.
Real’s last-gasp victory at Sevilla on Sunday extended their advantage over Barca in second to 15 points, but Xavi Hernandez’s in-form side were expected to close the gap when taking on Cadiz in the Nou Camp.
The hosts never really got going, however, in front of a disgruntled crowd and Cadiz had the better first-half openings with Lucas Perez missing a glorious opportunity to break the deadlock.
Cadiz kept coming after the interval and Perez scored in the 48th minute before the visitors wasted further big chances to extend their advantage – Alex Fernandez slotting wide when it looked easier to score.

Barca piled on the pressure but lacked that killer pass as they slipped to a first defeat in 16 LaLiga matches stretching back to December. They remained on 60 points from 31 games, 15 behind Real who have one hand on the trophy.
An unexpected win for Cadiz in Catalonia lifted them out of the relegation zone and up to 16th on 31 points from 32 matches.