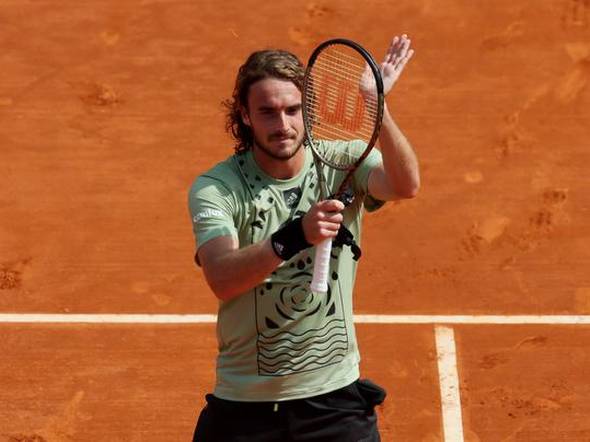 Top-seeded Stefanos Tsitsipas waited a day to close out his opening match at the Barcelona Open with a 6-1, 4-6, 6-2 win over Ilya Ivashka on Thursday.

The match was suspended because of rain on Wednesday with Tsitsipas leading 5-1. Rain again delayed the match’s resumption on Thursday, but the fifth-ranked Greek eventually finished off his 44th-ranked opponent.

Tsitsipas, who last week won his second straight Monte Carlo title, will play in the third round against Grigor Dimitrov, who rallied past Federico Coria 4-6, 6-3, 6-4 in the only other singles match to finish on a rainy day in Barcelona.

The rain delays have caused havoc to the tournament’s schedule and many players, including Tsitsipas, will have to play two matches on the same day.