Barcelona have denied the leak came from the club’s board and have threatened legal action against El Mundo. 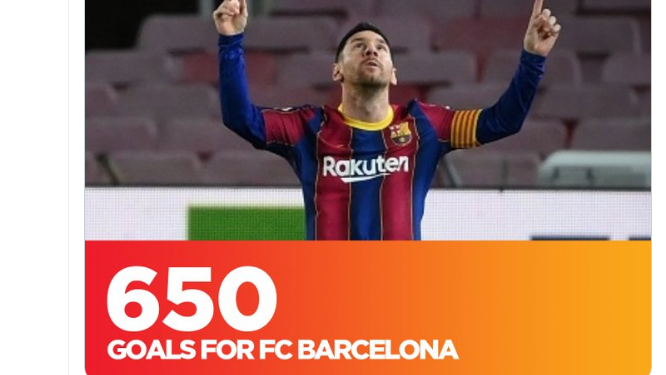 El Mundo reported details of Lionel Messi’s contract on Sunday and claimed it has “ruined” Barcelona; club insist they were not responsible for leak and say they will take legal action; Ronald Koeman: “If this was someone from the club they cannot have a future here”

Barcelona have said they will take legal action against Spanish newspaper El Mundo after it published details at the weekend of Lionel Messi’s current contract, which it says is worth up to 555 million euros ($674 million) over four years.

Lionel Messi kept up his improved form in La Liga as Barcelona won again amid more controversy about the Catalans’ finances, while there was drama on and off the field in France and the Milan clubs continue to fight it out at the top of Serie A.

Yet the Argentine underlined his value to Barca by scoring a superb free-kick in their 2-1 win over Athletic Bilbao. Barca are unbeaten in 10 n La Liga, winning eight, with Messi scoring eight times in that run.

Lionel Messi has scored his 650th goal for @FCBarcelona in all competitions (456 in @LaLigaEN ), 49 of them have been direct free-kick goals (38 in league). Celestial.

Spanish newspaper El Mundo leaked the details of Barcelona star Messi’s contract, from contract amount, to salary per year and even the renewal fees