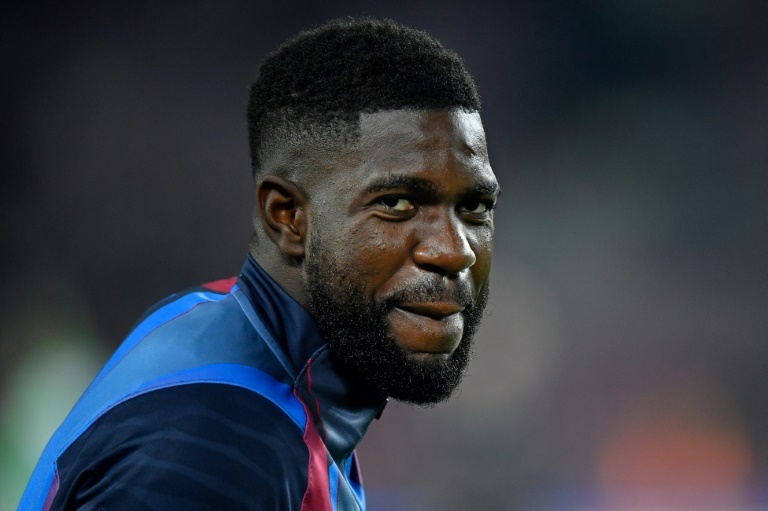 Barcelona extended Samuel Umtiti’s contract until 2026 on Monday, a deal that creates enough space in the club’s budget to register Ferran Torres, their new signing from Manchester City. Torres has been unavailable to play for Barca since joining two weeks ago because registering the striker would mean falling foul of La Liga’s spending restrictions. Umtiti’s three-year extension means his wages will be spread over a longer period of time, which in turn reduces the amount Barcelona are due to pay in the current financial year.

Barcelona also said “the French defender is reducing a part of the salary that he was due to receive in the year and half remaining on his contract”.

The club added: “This contract extension does not entail any greater financial commitments for FC Barcelona with regard to the player.”

The extension came as a surprise given Barcelona have been trying to sell Umtiti to help reduce the club’s debts of more than a billion euros. His previous contract was worth around 18 million euros per year.

Barca’s spending limit this season is just under 98 million euros but they are significantly over-budget, with La Liga rules stating they can spend only 25 per cent of any savings made as a result.

Umtiti was once a key player for the Catalans but his career has taken a downward turn due to a string of injuries and he has long-been on the fringes of the first team.

But the 28-year-old’s unexpected renewal means Torres is finally eligible to play for Barca.

“Through this contract extension, FC Barcelona will be able to increase its ‘financial fair play’ quota and thus register Ferran Torres with Spanish Football League,” the club said.

But Torres, who joined for 55 million euros from City on December 28, has tested positive for Covid and will need to return a negative test to make his debut in the Spanish Super Cup in Saudi Arabia this week.

Barcelona play Real Madrid in the semi-finals on Wednesday and the winners will face either Atletico Madrid or Athletic Bilbao in the final on Sunday.