Barcelona accuses previous board of improper management of club funds 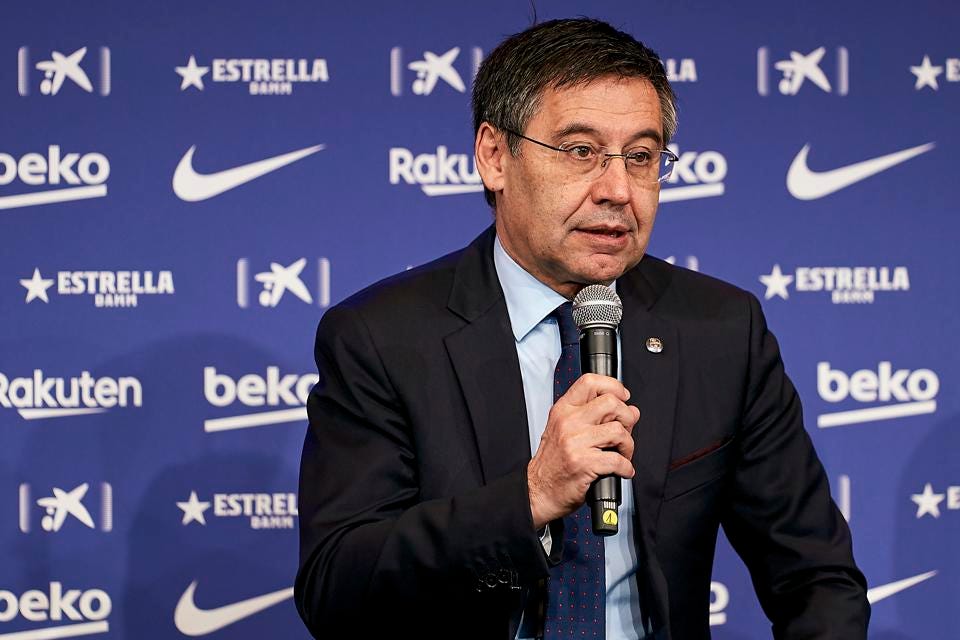 The president of Spanish football giant Barcelona, Joan Laporta, on Tuesday accused the former president and his board of making false payments and other illegal activities in their management of the club.

Laporta said the club had commissioned an independent investigation and audit into possible irregularities during Josep Bartomeu’s tenure.

“Our audit found payments that we understand that were improper management of club funds. The audit do not rule out illegal enrichment of the authors,” Laporta said at a news conference to present its findings, with attorney Jaume Campaner and Barca financial vice-president Eduard Romeu alongside him.

Lawyers for Bartomeu declined to comment immediately when contacted by Reuters. Bartomeu denied any wrongdoing in an interview with a Spanish sports magazine in October, but he could not be reached by Reuters on Tuesday.

“There is a series of very serious criminal behaviours, which we can describe as grotesque,” Campaner said.

Laporta said Barcelona filed a complaint last Wednesday with the local prosecutors’ office against Bartomeu and his board and that the office was investigating them for crimes of improper management of club funds, misappropriation, false accounting and forgery of documents.

The prosecutors’ office confirmed that an investigation was underway but declined to disclosed details.

“We are not judges or the police, the justice (system) will decide who is guilty or not. But our investigation found out that there were payments without justification, payments with false cause and disproportionate payments by the previous board,” Laporta said.

Bartomeu was arrested last March as part of a police probe related to allegations of improper management and business corruption which also saw the club’s Camp Nou offices raided.

He and his former adviser Jaume Masferrer did not make a statement in court and the judge agreed to their provisional release on bail. The case is still under investigation by Spanish authorities.

That investigation stemmed from accusations that Bartomeu and his board hired a marketing consultancy to orchestrate a social media campaign against current and former personnel who had been critical of them.

Bartomeu defended his time at the club in an interview with Barcelona newspaper Sport in October.

“Our management was not disastrous and LaLiga, UEFA and the auditors say so, with 180 million euros ($202 million) in profits, and with Forbes valuing us as the most valuable club in the world,” he told Sport.

“This serious and rigorous management was cut short by the appearance of the pandemic, which led to a drop in income of some 500 million.”

Campaner told the news conference that in recent seasons, Barcelona had lost more than 600 million euros ($676 million) and only 135 million ($152 million) were due to the pandemic. Its debt was about 1.3 billion euros ($1.5 billion).

“Money cannot be abused or given away as if it were yours,” Campaner said.