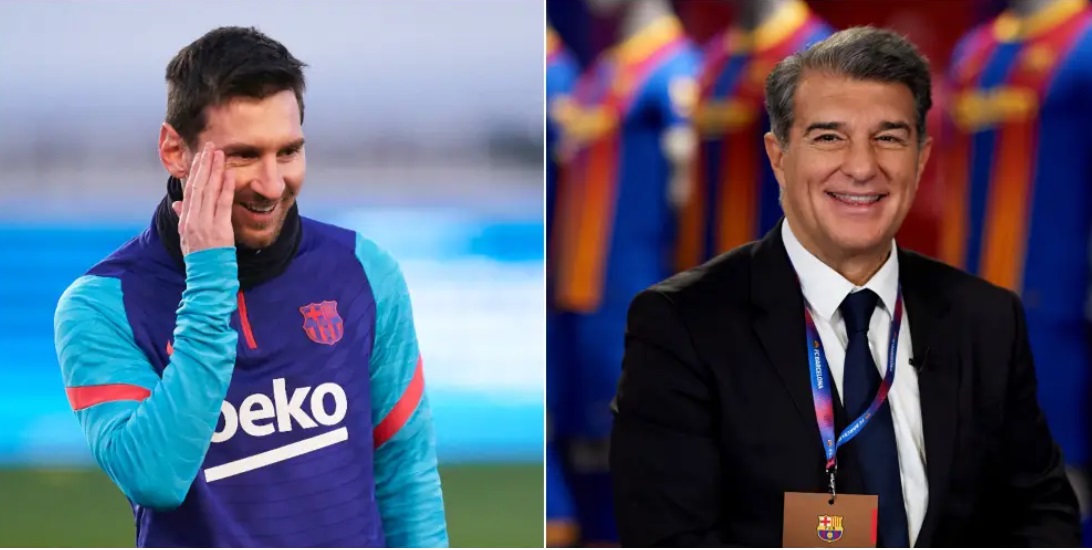 Barcelona president Joan Laporta is “convinced” Lionel Messi will sign a new contract to stay with the La Liga giants.

Messi is out of contract at the end of the season and the 33-year-old’s future with Barca is far from certain amid strong links to Paris Saint-Germain (PSG) and Manchester City, DPA reported.Laporta remains determined to re-sign Messi, who has spent his entire senior career at Camp Nou.

As Barca prepare for the weekend’s Copa del Rey final against Athletic Bilbao, Laporta was asked about the record six-time Ballon d’Or winner. “Everything is progressing adequately,” Laporta said.

“I will do everything within the club’s capabilities to get him to stay. That’s what we’re doing. Messi is motivated. He is an extraordinary person and I am convinced that he will want to continue at Barca.”

Messi has scored a league-high 23 goals and supplied eight assists in 28 La Liga appearances for Barca this season.