India Vs England (will play the final of this Test Championship against New Zealand at Lord’s in June 2021.) 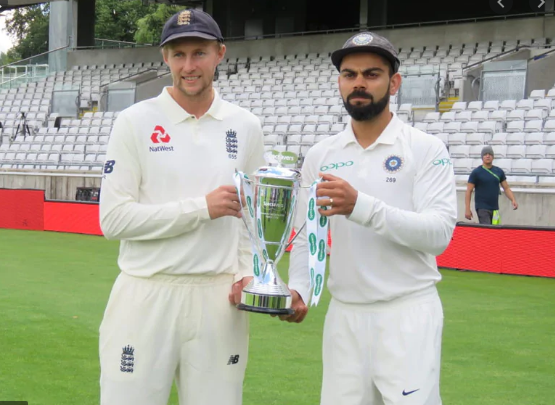 On Friday (5th February), the first Test of the four-match Test series will begin between the hosts India and the visitors England. They will play this opening game of the Test series at MA Chidambaram Stadium (Chepauk, Chennai).

The Telegraph reported that the England squad will fly to Chennai on Wednesday for the first two Tests of the four-match series and will undergo a strict quarantine on arrival.Ben Stokes, Jofra Archer and Rory Burns, who were not part of the Sri Lanka series, arrived in India on Sunday night and will get five days to train following their hotel quarantine. It will be first international series to be held in India amid the pandemic. A smooth conduct of the series is important for the BCCI which is aiming to have the IPL also at home after staging the 2020 edition in the UAE

The last two Tests will be played in Ahmedabad from 24 February. The series, to be played in a bio-bubble, is also crucial in the context of the World Test Championship. India are on top of the points table after their memorable series win in Australia.

Just when India were recovering and getting back into the game with that partnership, Pujara fell in the most unluckiest of ways. He pulled a Bess long hop and the ball deflected off short leg to mid-wicket. Pant continued with his thrill-a-minute batting and succumbed to it once he entered the 90s. Since then the two local boys have come together and seen India through to stumps. But they are still a long way away from safety and they will know that. The second new ball is available in six overs and England will hope that helps them wrap up the innings. Can India show more fight tomorrow? Or will it be another day of England bossing?