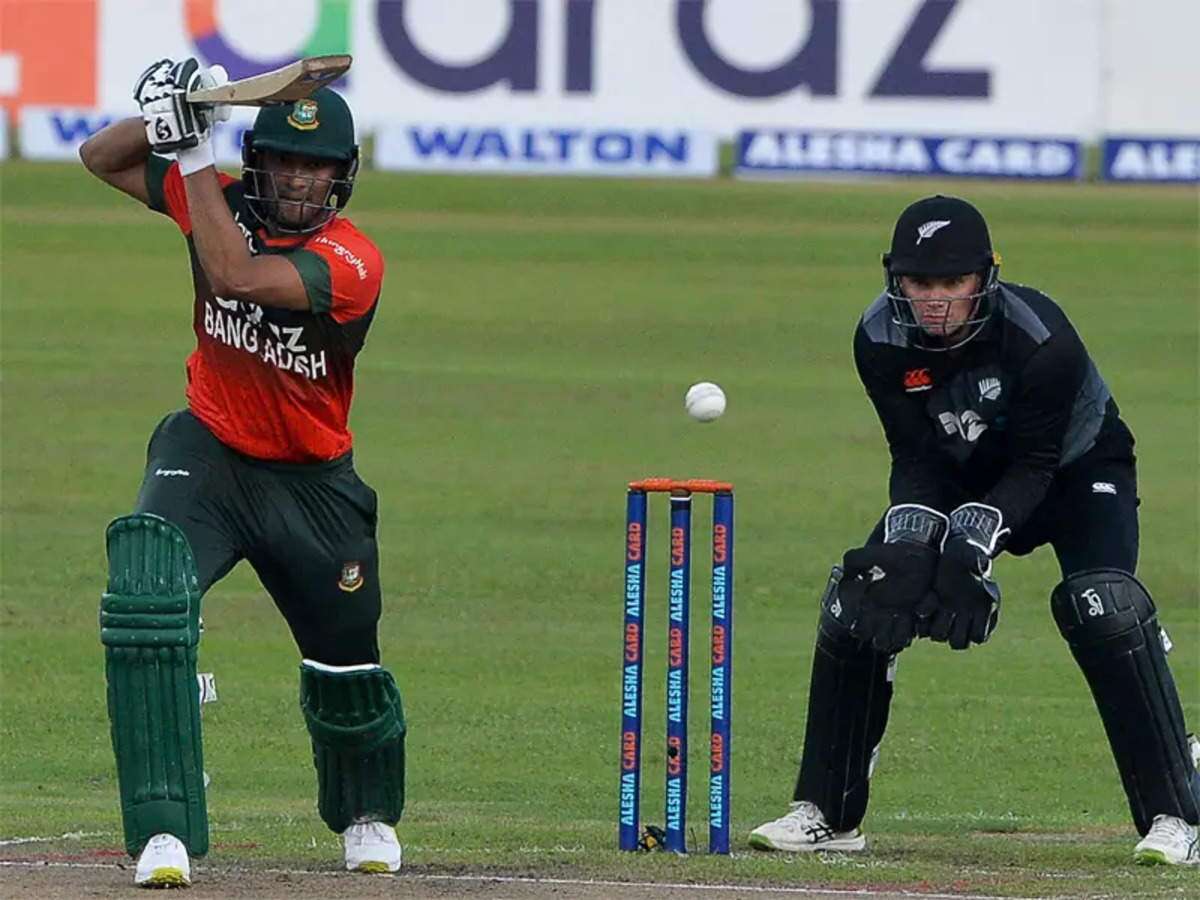 An inexperienced New Zealand side suffered defear the opening match by seven wickets on Wednesday when they were bowled out for 60 — their joint-lowest Twenty20 international score.

Shakib returned figures of 2-10 and then made 25 as Bangladesh chased down their target in 15 overs to win by seven wickets and lead the five-match series 1-0 in Dhaka.

But it was the bowlers who set up victory with Mustafizur Rahman taking three to dismiss New Zealand for their joint-lowest T20 total — the same score against Sri Lanka in 2014 at Chattogram — in 16.5 overs.

Meanwhile, left-arm spinner Ajaz Patel, who returned the second most economical figures for a New Zealand spinner in T20s with 1-7, behind only Daniel Vettori’s 3-6 against Bangladesh, vowed to learn from the opener.

“It was nice to finally get out there. We have been training for a few days but you never know what it was going to be like until you get out in the middle,” Patel told reporters on Thursday.

All the matches to be played at the same venue.