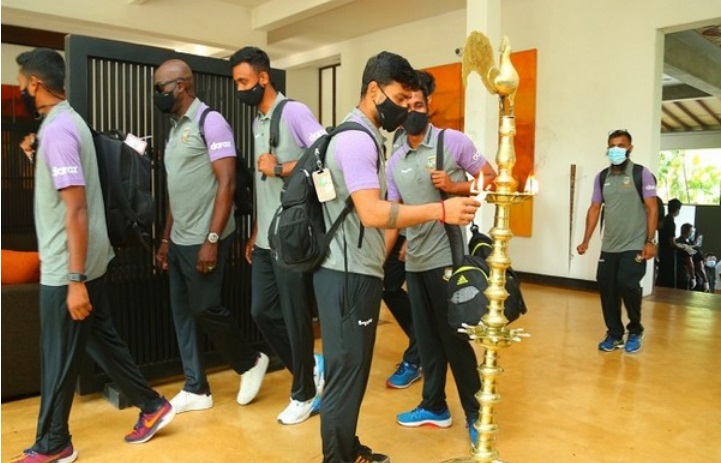 The Bangladesh cricket team arrived in Colombo on Monday to play a two-match Test series which was postponed from last year due to the COVID-19 pandemic.

The visiting team will be in a bio-bubble at a resort in the western coastal town of Negombo before playing a two-day warm-up game at Katunayake.

The first match will be played from April 21 to 25 at Pallekele. The second Test will also be played at the same venue from April 29. The two matches are part of the World Test Championship.

Sri Lanka Cricket (SLC) said although the matches are to be played behind closed doors, the media will be allowed to cover the two Tests at the Pallekele stadium under strict health guidelines.

All media personnel will be subject to two RT-PCR tests while antigen tests would be carried out daily.

When Bangladesh last toured Sri Lanka in March 2017, it beat the home side for the first time in a Test match to level the series 1-1.