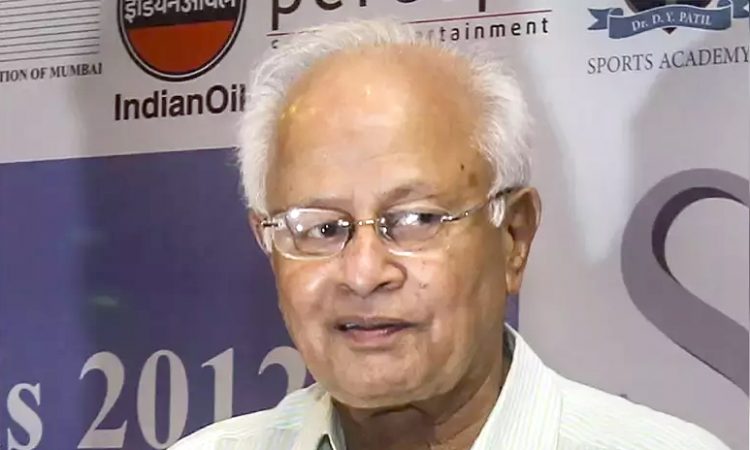 Natekar, who played a bit of cricket and tennis at the national level before becoming an international shuttler, died in Pune on Wednesday.The country’s badminton fraternity on Wednesday mourned the death of badminton great Nandu Natekar with Pullela Gopichand describing him as a “true legend” of the game while Vimal Kumar credited him for his initiation to the sport.

Natekar, who played a bit of cricket and tennis at the national level before becoming an international shuttler, died in Pune on Wednesday.

The 88-year-old, who won over 100 national and international titles in his career, was suffering from age-related ailments.

“For us, he is a true legend in Indian badminton. He is someone who is well-respected and we have heard stories about him. He not only played badminton but tennis at the highest level. He belonged to that era, where he, along with Suresh Goel, Dinesh Khanna and Prakash Padukone, his name will be up there,” Gopichand, India’s chief national coach, told PTI.

It was tennis’ loss but badminton’s gain as Natekar could have continued with the former had he not lost the 1951-52 National junior final to Ramanathan Krishnan.

“He was soft person and a great gentleman. He was affectionate and always had keen interest in present day badminton. He had such precision and understanding of angles, he was an athlete because he could adapt to tennis and badminton,” Gopichand said.

“He had such beautiful hands, skills and also his movement.”

Former India coach Vimal Kumar said his father was a big fan of Natekar and that’s how he got into the sport.

“My father was a big fan of him and in fact it was after he saw him during a national event at (then) Trivandrum that he put up an outside court at our house and that’s how I got initiated into badminton,” he said.

“I could only see him play when he won the veteran All England in the 1980s. He was as popular as the cricketers in the 50s and people used to line up to watch him play.”

Abdul Shaikh, who played with Natekar in the Maharashtra team to shifting to Canada in 1967, has a lot of good memories.

“I am very sorry to hear this news. He was one of the most stylish and graceful international players I have seen in my life,” Shaikh, who went on to coach the Canada badminton team, told PTI from Vancouver.

“I had partnered him in India Open in the 1960s. We had lost to Malaysia in the finals. He was someone who actually picked up his superb backhand from Wong Peng Soon of Malaysia. He was such a superb stroke player and had beautiful footwork.”

Natekar was also a good singer, according to Shaikh.

“We used to travel in trains for international and inter-state events and he used to be a good singer. We used to play antakshri,” he laughs, remembering the old days.

“It is a sad day. He was reputed to have the best back-hand in the world and it is sad we could not have any of his video films to watch, to know really how great he was,” Pawar said.

“He was the best player Maharashtra has produced in badminton.”

Dipankar Bhattacharajee, who represented India in 1992 Barcelona and 1996 Atlanta Olympics, described him as a “Godfather of Indian badminton”.

“…I think even Prakash Sir used to draw inspiration from Nandu Natekar Sir. So, I mean, what you can say, he is the Godfather of Indian badminton,” he said.

“I didn’t see him play but the greatest moment of my life came when in one of the national ranking tournaments in Pune, Natekar Sir was the chief guest and he gave me the first prize, so that is one memorable moment for me.

“I am not able to express myself at this point, it is a huge loss to Indian badminton and I just wish that his soul rests in peace…”

“One of the towering icons of Indian badminton, Nandu Natekar leaves behind a rich legacy, that we shall cherish forever. 6-time national champion & first Indian to win an international title in 1956, Natekar shall be remembered fondly for his drives, drops & smashes. Condolences,” Sarma tweeted.

In his distinguished career, Natekar made it to the quarterfinals of the prestigious All England Championships in 1954 and became the first Indian player to win an international event when he claimed the Sellanger International title in Malaysia in 1956.

He had also represented India at the 1965 Commonwealth Games in Jamaica.