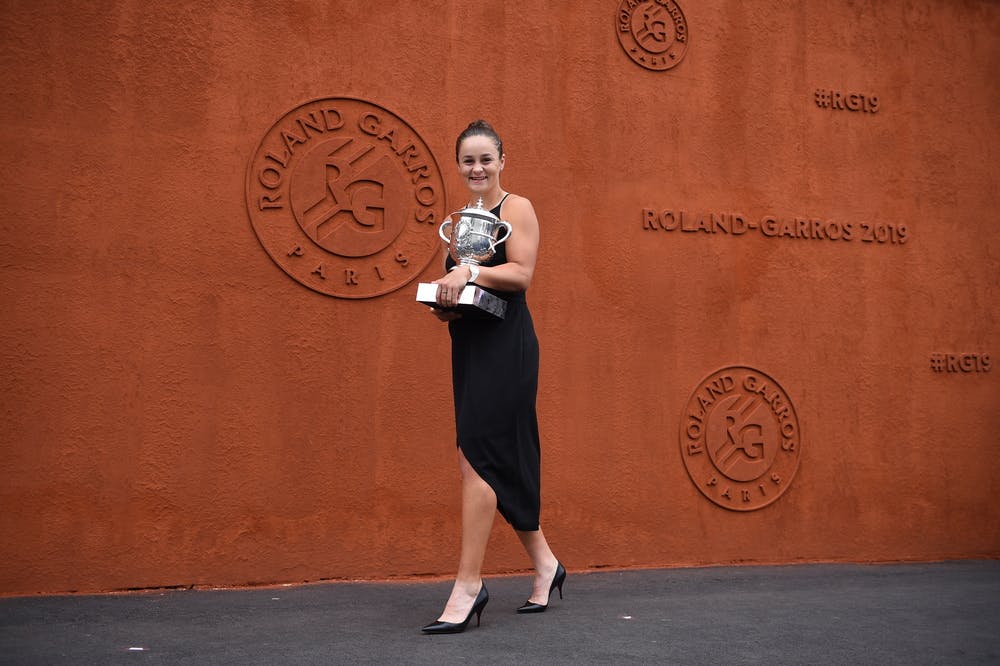 The Australian’s withdrawal from the women’s team tennis competition formerly known as the Fed Cup comes hot on the heels of her decision to sit out this month’s Indian Wells tournament in California. Ashleigh Barty, of Australia, returns a shot to Vera Zvonareva, of Russia, during the first round of the US Open tennis championships, Tuesday, Aug. 31, 2021, in New York. (AP Photo/John Minchillo)

World number one Ash Barty will miss the maiden edition of the Billie Jean King Cup in Prague next month, Tennis Australia said Tuesday, increasing doubts about whether she will play again this season.

The Australian’s withdrawal from the women’s team tennis competition formerly known as the Fed Cup comes hot on the heels of her decision to sit out this month’s Indian Wells tournament in California.

The decision raises doubts about 25-year-old Barty’s participation in the rest of the 2021 season, including her defence of the WTA Finals title she won in 2019 before last year’s version was cancelled due to the COVID-19 pandemic.

Barty had a stellar start to the year, winning five titles including Wimbledon, which gave her a second Grand Slam to add to her 2019 French Open crown.

But she has not played since suffering a shock third-round loss to American Shelby Rogers at the US Open in early September, when she said the year had been a “rollercoaster”.

Barty’s coach Craig Tyzzer said in the weeks after the US Open that her priority was to get ready for the Australian Open, which is set to resume its traditional January timeslot in 2022 after a pandemic-enforced delay this year.

Her best performance at her home Grand Slam is a semi-final appearance in 2020.

If Barty did travel to Mexico for the season-ending WTA Finals, Australia’s strict border controls mean she would face two weeks quarantine upon returning home, potentially disrupting her training.