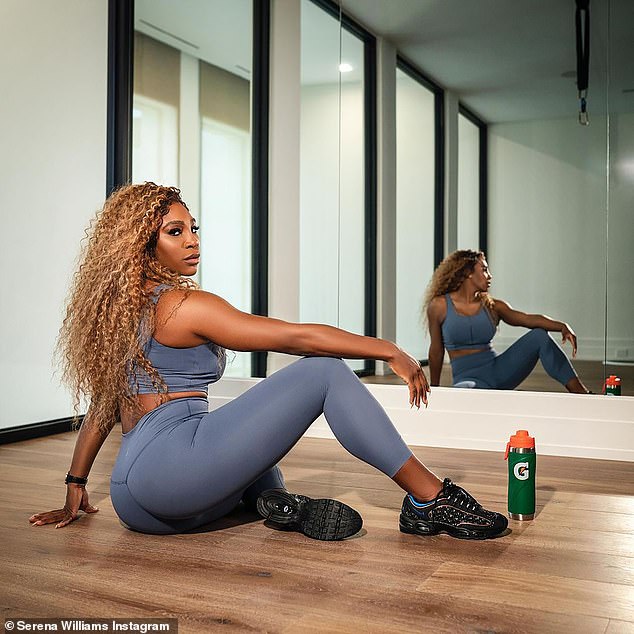 Melbourne: Men’s world number one Novak Djokovic was named among the entries for the Australian Open on Wednesday, following intense speculation about his vaccination status, but women’s great Serena Williams was missing.

The Serbian had cast doubt on whether he would defend his Melbourne title next month, refusing to reveal whether he was inoculated against coronavirus , a requirement to play.

But after being named on Tuesday as part of the Serbia team for January’s ATP Cup in Sydney that will precede the opening major of the year, he was also listed for the Grand Slam.

Williams, who is marooned on 23 Grand Slam titles — one short of the all-time record held by Margaret Court — had been expected to play, but she is not fully fit.

The American superstar turned 40 in September and may have played her last Australian Open.

The seven-time Melbourne champion said she had withdrawn following advice from her medical team.

“While this is never an easy decision to make, I am not where I need to be physically to compete,” she said.

“Melbourne is one of my favourite cities to visit and I look forward to playing at the AO every year. I will miss seeing the fans, but am excited to return and compete at my highest level.”

Despite Williams being stuck on 23 Slams, her French coach Patrick Mouratoglou told AFP in September her legacy was secure.

“I don’t mean to disrespect Margaret Court, but it’s another era. Yes, it would be better if Serena broke her record, but if she doesn’t, she will still be the greatest player of all time,” he said.

Otherwise, all of the women’s top 20 were confirmed as playing, headlined by world number one Ashleigh Barty and Japanese star Naomi Osaka.

In the men’s draw, Spain’s Rafael Nadal will challenge Djokovic to be the first man in history to win 21 Grand Slam titles.

Swiss legend Roger Federer, who also has 20 Slam crowns, had already announced he would miss the event as he recovers from injury.

Ahead of the main draw being announced, Australian Open organisers had reiterated that all players must be vaccinated, amid reports they could seek a medical exemption for Djokovic with the backing of Tennis Australia.

Those reports were quickly shut down.

“All players, patrons and staff at the Australian Open have to be vaccinated,” Tennis Australia said in a statement.

“Any suggestion that Tennis Australia is seeking ‘loopholes’ within this process is simply untrue.”

Government officials in Victoria state, which hosts the Australian Open, have been adamant for months that only vaccinated players will be able to access Melbourne Park for the tournament from 17-30 January.

And the state’s Deputy Premier James Merlino rammed that home on Wednesday.

“Everyone’s looking forward to the Australian Open and everyone who will attend — spectators, players, officials, staff — everyone is expected to be fully vaccinated,” he told reporters.

“They’re the rules. Medical exemptions are just that — it’s not a loophole for privileged tennis players.”

“Of course he would want to go with all his heart,” he told Serbian television.

“But I really don’t know if that will happen. Probably not under these conditions, with this blackmail and when it’s done that way.”

Tournament chief Craig Tiley last month said he expected the vaccination rate among players would be tracking “towards 100 percent” by the time the Grand Slam starts.