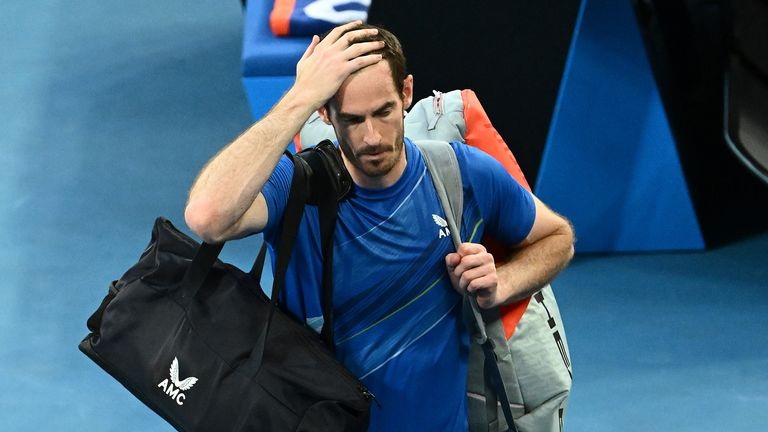 Melbourne: “Frustrated” three-time Grand Slam champion Andy Murray was stunned by Japanese qualifier Taro Daniel in straight sets in the second round of the Australian Open on Thursday.

The 120th-ranked Daniel ambushed the former world number one 6-4, 6-4, 6-4 in two hours and 48 minutes on John Cain Arena to reach the third round of a major for the first time.

“I’m really, really disappointed. Very frustrated. And, yeah, a tough loss for me. That’s for sure,” said veteran Murray, a former world number one.

“I want to perform well in the big events. For me, tonight is not good enough in that respect.

“Making the second round of Slams is not something I find particularly motivating. I want to be doing better than that.”

Murray, who turns 35 in May, said that he intends to return to Melbourne for next year’s Australian Open, but with a caveat.

“But not if I do what I did tonight too often this season,” said the Briton, who had career-saving hip surgery in 2019.

“This is a really important year for me for a number of reasons, it depends on how I get on this year results-wise and how I perform in the big events.”

“Amazing level from me. I was getting pretty nervous in the third set, I was cramping a little bit, but I tried not to make too big a deal out of this match against Andy Murray,” Daniel said.

Murray, ranked 113 and playing as a tournament wild card, didn’t stick around afterwards and walked quickly from the court, showing great disappointment at his lost opportunity.

Murray on Tuesday won his first match at the Australian Open since 2017.

But his five-set epic against big-hitting Georgian 21st seed Nikoloz Basilashvili left the veteran leaden-footed and he cut an irritable figure at times, even changing his shoes at one point to stem the tide.

The 28-year-old Daniel exploited his illustrious rival’s lethargy and was whippet-quick around the court chasing down balls, while Murray was picking his battles.

The Japanese broke Murray in the third game and was broken back in the sixth game with a backhand error. Daniel broke again when Murray double-faulted and served out the opening set with an ace.

Daniel served out to love to take a two-sets lead, and with Murray visibly wilting, the qualifier pulled away again in the third set, sealing the deal on his first of two match points.