Australian Open 2022 LIVE Streaming: When and where to watch Ashleigh Barty vs Danielle Collins match online 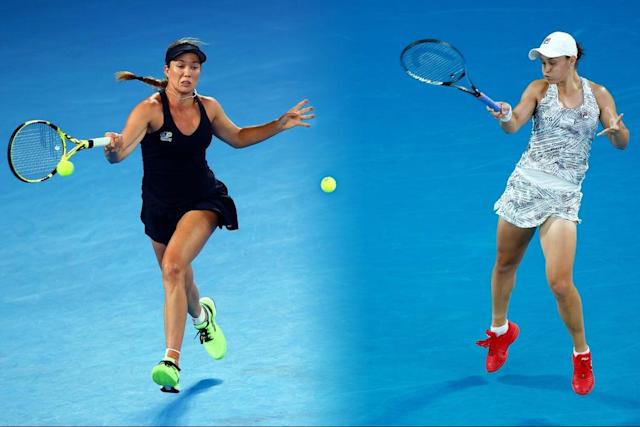 Ash Barty finally has a chance to end the hype — and end a 44-year singles title drought for Australian women at their home Grand Slam. The top-ranked Barty is on a 10-match winning streak and plays American Danielle Collins in the final.

Barty has dropped just one service game in the entire tournament. Collins is 1-3 in four matches against Barty but her win came last year in Adelaide, Australia. Collins advanced to her first Grand Slam final with a 6-4, 6-1 win over 2020 French Open champion Iga Swiatek.

The 28-year-old Collins had endometriosis and last April underwent surgery, affecting most of her season.

She’s now just one win away from achieving her childhood dream of becoming a Grand Slam champion.

Barty, meanwhile, has won both the French Open and Wimbledon championships each once, but never her home Grand Slam.

This provides the perfect opportunity for the 25-year-old to emerge triumphant on home turf.

The all-Australian men’s doubles final is also set for Saturday, when Matt Ebden and Max Purcell will take on the so-called Special Ks — Nick Kyrgios and Thanasi Kokkinakis.

Here’s all you need to know about when and where to watch women’s singles final:

When will the Australian Open 2022 women’s singles final take place?

Where will the match be played?

The Australian Open 2022 women’s singles final will be played in Melbourne, Australia

What time does the match begin?

Which TV channels will broadcast the match?

The match will be telecast on Sony SIX and Sony SIX HD.

How do I watch the match online?