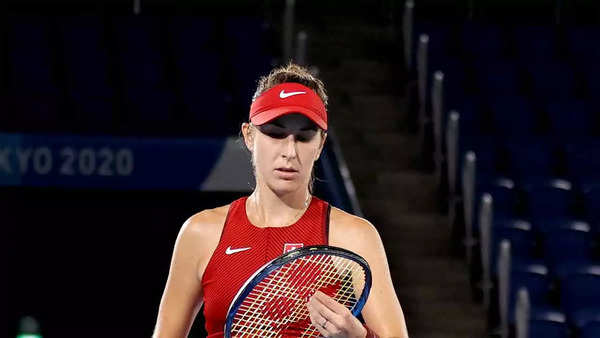 Melbourne: Jessica Pegula revealed Friday the secret behind her run to the fourth round of the Australian Open — spending every night down the casino.

The American 21st seed faces Maria Sakkari on Sunday in Melbourne and will be plotting the Greek fifth seed’s downfall over a game or two of blackjack.

“No, literally, I think I have been six times. I was going every single night.”

The players are all this year staying in Melbourne’s Crown Towers on the city’s South Bank alongside an entertainment complex containing shopping, cinemas, nightclubs, restaurants and the casino.

“There literally is a little walkway a two-minute walk across to my hotel,” said Pegula.

“I would just go and play some blackjack.”

Pegula, the world number 21, said going to the casino was a way to relax, but also helped her in her tennis.

“It’s good because it got me kind of thinking about strategy and all this stuff, but at the same time, it would kill some time and relax me,” she said.

The American, whose best performance in a Grand Slam was reaching last year’s Australian Open quarter-finals, was keen to point out that she’s not a heavy gambler.

“I’m not losing a ton of money or anything. I’m not crazy, but honestly it’s been really relaxing. So that’s what I have been doing, which is kind of sad,” she added with a smile.