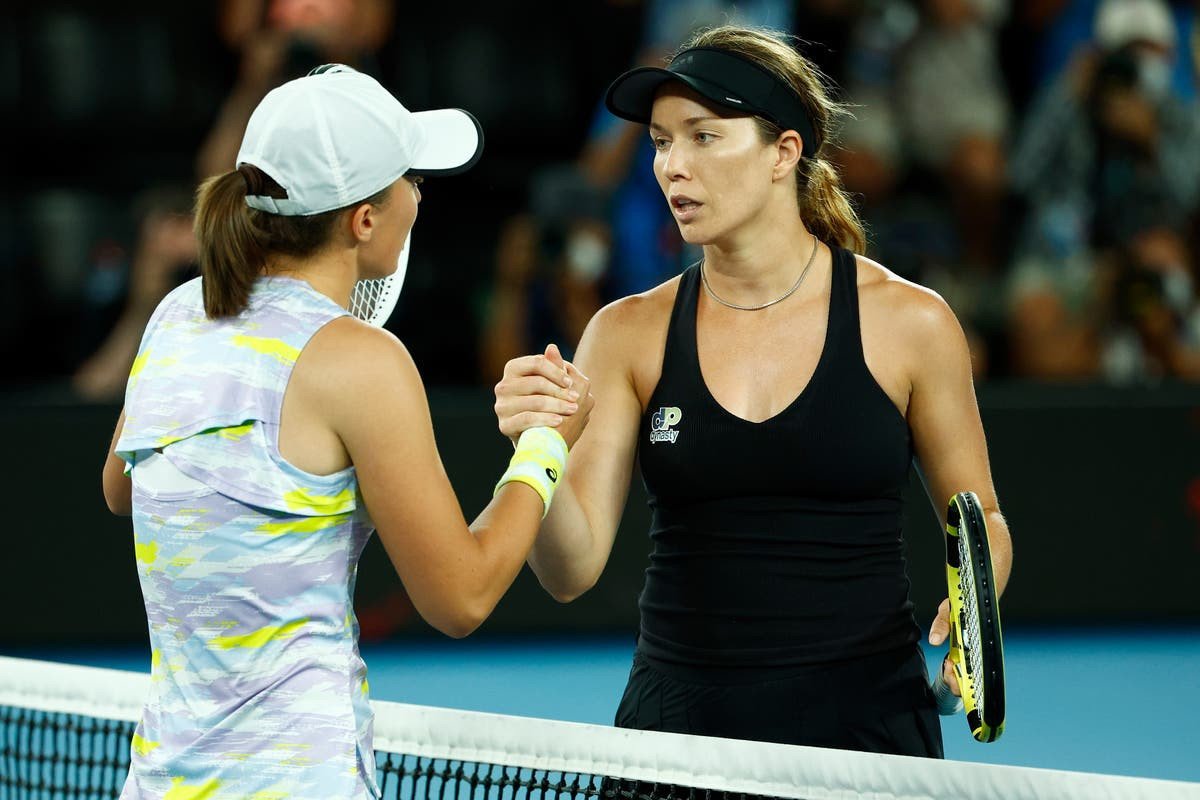 Melbourne: Iga Swiatek said she came up against the fastest balls she has ever faced after being blown off court by the raw power of Danielle Collins to miss out on an Australian Open final Thursday.

The Polish seventh seed was overwhelmed by the American 6-4, 6-1 in the last four and said it was tough to know how to deal with her relentless shot-making.

“I was prepared for her playing an aggressive game, but I think that was the fastest ball I have ever played against in a match,” she said.

“For sure in practices I have hit maybe the same speed, but in matches it’s different because players they don’t want to, you know, take that much risk.

“But it seemed for her that it wasn’t even risky because she was playing it with control. So I am impressed and huge respect to her because she’s playing a great game.”

Despite the disappointing defeat, Swiatek showed character on her way to the last four and said she had no regrets from her time at Melbourne Park, where she made her first semi-final outside of the French Open that she won in 2020.

During her run to the Roland Garros title aged just 17 she did not drop a set, but twice came from a set down in Melbourne — against Estonian veteran Kaia Kanepi and Romania’s Sorana Cirstea.

It is the first time in her short career the Pole has won back-to-back matches after losing the first set, proving her fight is just as formidable as her forehand.

She also demonstrated her consistency by making the second week for a sixth consecutive Grand Slam and said the key lesson she took away was that “I don’t have to play perfect tennis to win matches, even on hard courts”.

“That’s my best result on hard court besides winning Adelaide. I mean, I don’t know if winning Adelaide is better than the semi-final of an Australian Open,” she said, referring to the Adelaide title she won last year.

“So that’s positive, because I always wanted to improve on hard courts.

“I like the fact that I won against Sorana and Kaia like mentally and physically, and I gave my heart on court, so that’s great.

“I’m pretty happy that I’m able to also play aggressive and be ready on fast surfaces. Maybe I wasn’t today, but usually.”

Despite the defeat, Swiatek is projected to move to number four in the world rankings when they are released next week.