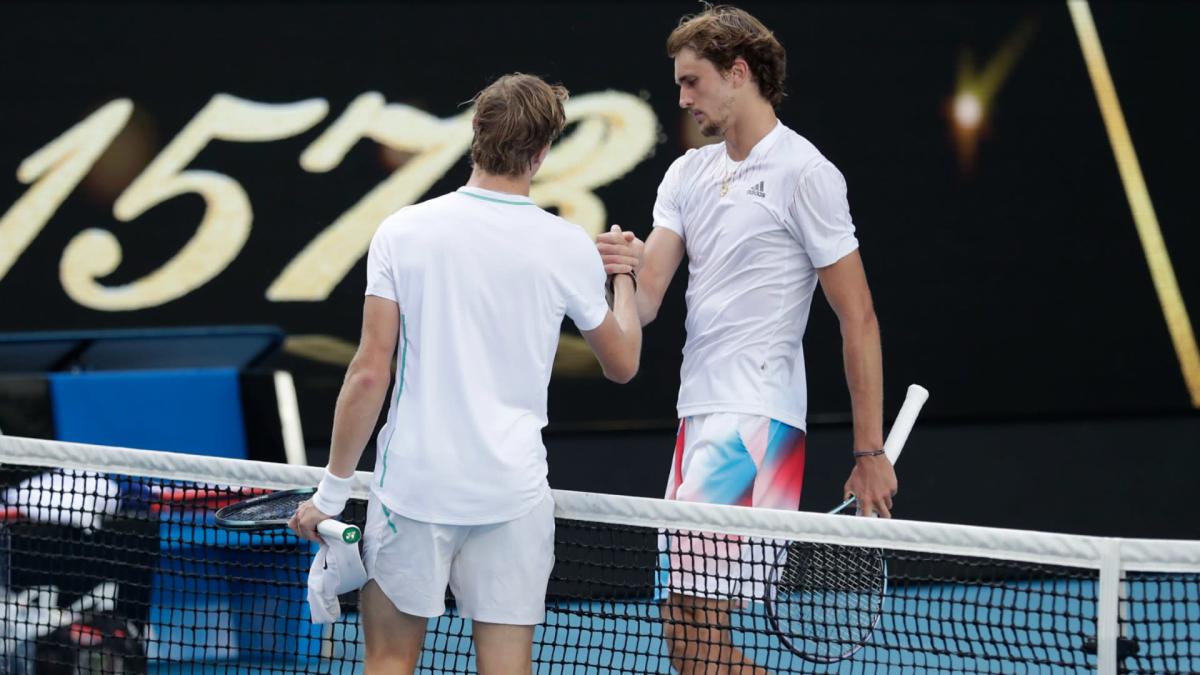 Melbourne: A dejected  Alexander Zverev labelled his  straight sets exit to Denis Shapovalov on Sunday as one of the worst of his career where “everything” went wrong.

It leaves Zverev, 24, still chasing a first Grand Slam title despite being one of the pre-tournament favourites after winning the ATP Finals for a second time in November.

Asked what went wrong by reporters, the German launched into a brutal self-assessment.

“Everything,” Zverev said. “Maybe since Wimbledon, one of the worst matches I have played. It’s just tough.

“I give credit to Denis. It’s incredible he’s in the quarters. I think he deserves it.

“But today, in my opinion, was just awful from my side.”

Zverev, the 2020 US Open runner-up, never looked at ease against Shapovalov, making 32 unforced errors and vented his frustrations when he smashed his racquet in anger after one of the four breaks of his serve.

“It’s no one else’s fault. It’s purely me. At the end of the day, as the world number three, I have to take responsibilities for the things I do and don’t do,” he said.

“Today was just not good enough to beat someone like Denis.”

It will be Shapovalov’s first quarter-final at the Australian Open, where he will face 20-time Grand Slam champion Rafael Nadal, the sixth seed and highest-ranked player left in the top half of the draw.

“I felt things were going my way early on, lost a bit of momentum in the second set, but fought well to come back and just rolled with it from there,” said Shapovalov, who reached the semi-finals at Wimbledon last year, where he lost to Novak Djokovic.

“It was probably the one I least expected to finish in three sets,” referring to his gruelling near 11-hour match schedule to get to the round of 16.

“It’s always an honour to play someone like Rafa, always going to be a battle,” said Shapovalov, who has won only one of his four matches against Nadal.

“It’s going to be tough but I’ll definitely enjoy it.”