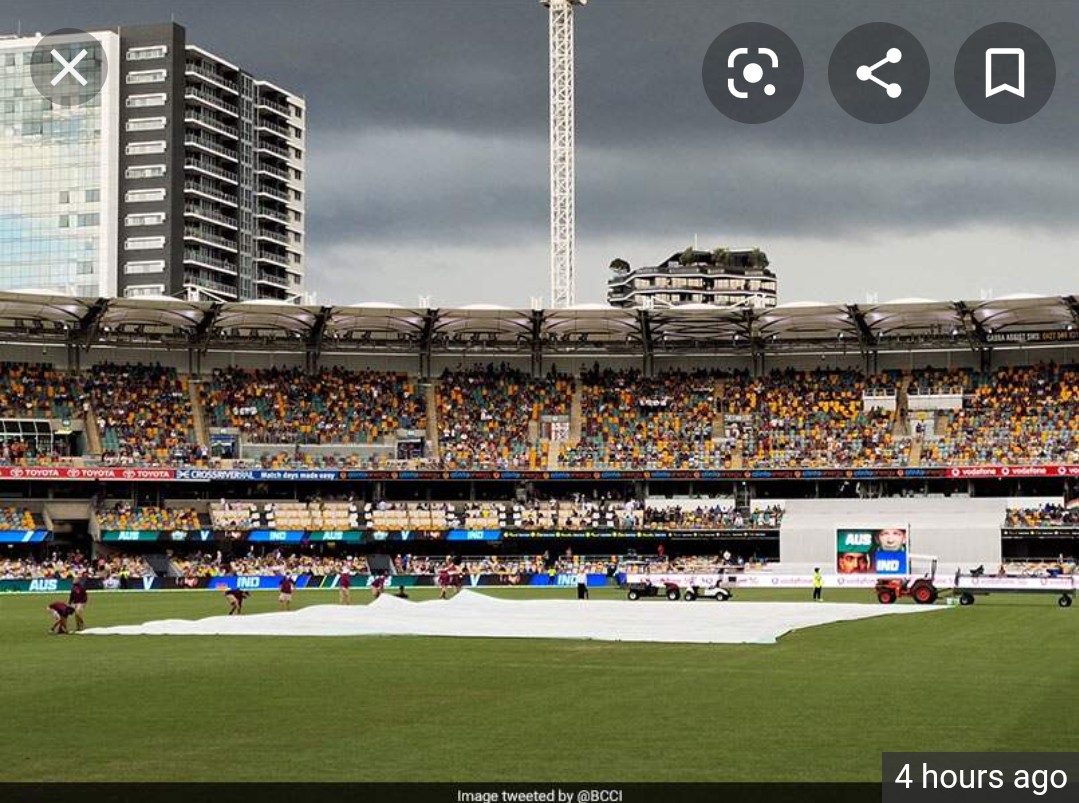 The entire third session was lost as wet outfield did not allow to play to resume. The play will resume at 5:00 am IST on day 3 .Australia out for 369 by lunch, Australia lost their five remaining wicket during the morning session while adding 95 to their overnight total, in 28.1 over’s .Much like the entirety of day one, it was a session to please or displease neither team. The overnight pair of Cameron Green and Tim Paine extended their sixth-wicket stand from 61 to 98 without too much trouble when the ball was still new. However India’s bowler showed their inexperience, bowling too short or too full in an effort to blast out the tail ,Lyon and the Starc took full toll in a nine-wicket stand of 39 of just 40 balls. India was 62 for two in reply to Australia’s first innings total of 369 at stumps on a rain-curtailed second day of fourth and final Test at the Gabba , Brisban on Saturday. India lost Young Shubhman Gill (7) before vice captain Rohit Sharma (44) threw his wicket before the tea break. Cheteshwar pujara (8) and skipper Ajinkya Rahane (2) will resume India’s response on Sunday morning. India are still trailing by 307 runs.

Former India captain Sunil Gavaskar was left fuming as Rohit Sharma threw his wicket away on day 2 of the Gabba Test as he tried to take on Nathan Lyon and perished for 44.