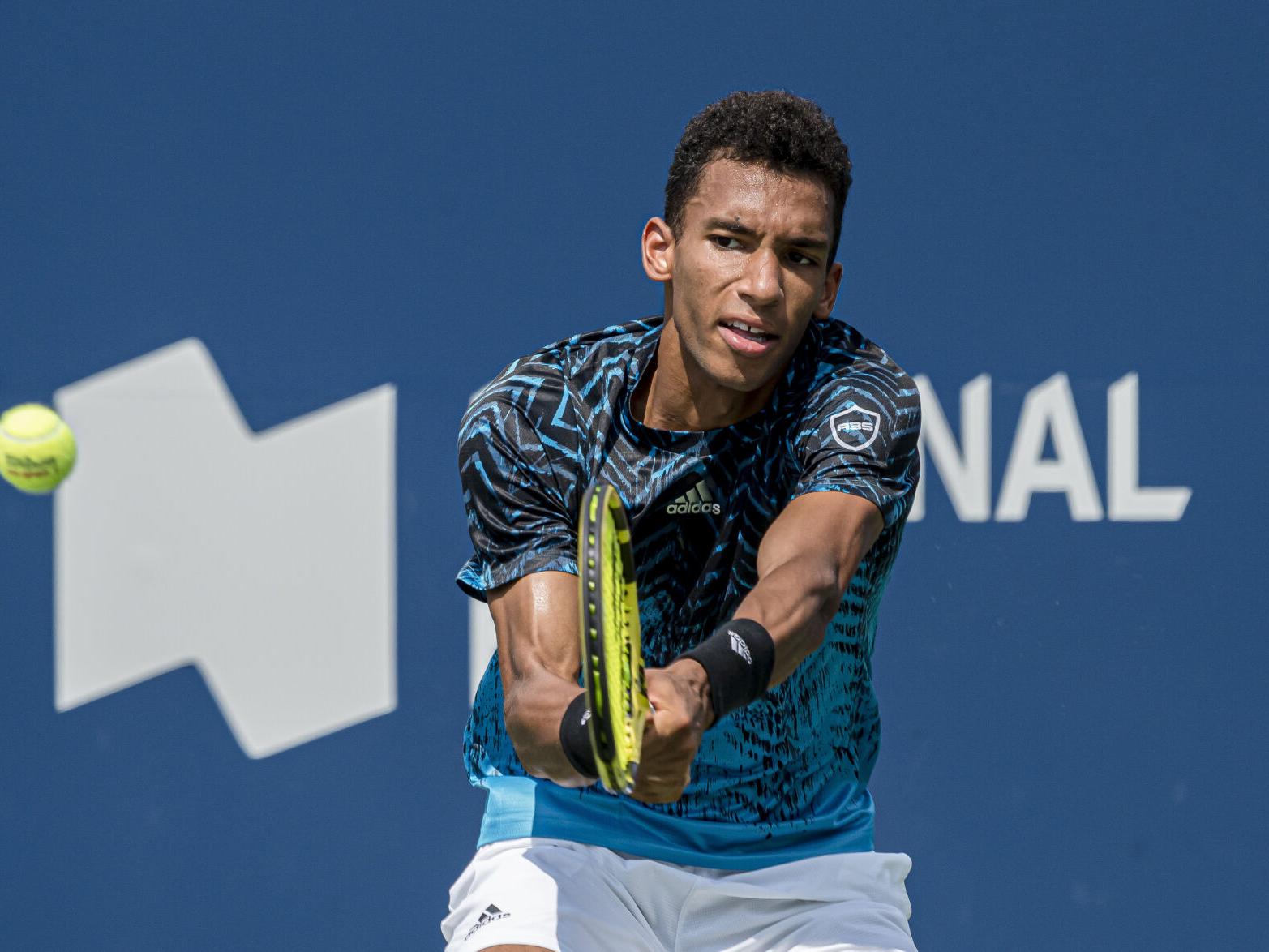 Wimbledon quarterfinalist Felix Auger-Aliassime lost his first match at the National Bank Open in his native Canada, falling 7-5, 6-4 to Dusan Lajovic on Wednesday.

Auger-Aliassime, who’s from Montreal, was the ninth seed in the tournament and had a bye into the second round. He was coming off an opening-round loss at the Tokyo Olympics.

“I just played a lot of tennis, even though I didn’t win a lot of matches at the Olympics or the last week,” Auger-Aliassime said. “There’s a lot of traveling, a lot of practices, a lot of balls hit and maybe that’s taken a bit of a toll on me, too. I don’t know.”

Shapovalov came into the tournament as the No. 5 seed with a bye through the first round.

“Obviously it’s not an ideal performance, so I’m definitely not too happy,” Shapovalov said after his second round loss.

“(Tiafoe) has a lot of matches under his belt under these conditions and he was the better player today. It was obvious,” said Shapovalov, the world No. 10. “I just didn’t feel comfortable ever in the match and you could see he was comfortable. … It’s always tough to go up against guys like this.”

Tiafoe is set to face either France’s Gael Monfils, the tournament’s No. 11 seed, or John Millman of Australia in the third round on Thursday.

The 30-year-old Marino upset No. 16 seed Madison Keys in the first round. Marino had a career-high ranking of No. 39 in 2011, but stepped away from the sport for nearly five years to battle depression. She’s currently ranked 220th.

“Any time you can beat a girl who’s in the top 100, top 50, it’s something to feel good about, particularly as I’m building my ranking back up,” Marino said of beating Badosa, who is ranked 31st. Marino will face Aryna Sabalenka of Belarus in the round of 16 on Thursday.

Canadian Bianca Andreescu will also be back in action Thursday, facing either No. 13 seed Ons Jabeur of Tunisia or Russia’s Daria Kasatkina in the round of 16.