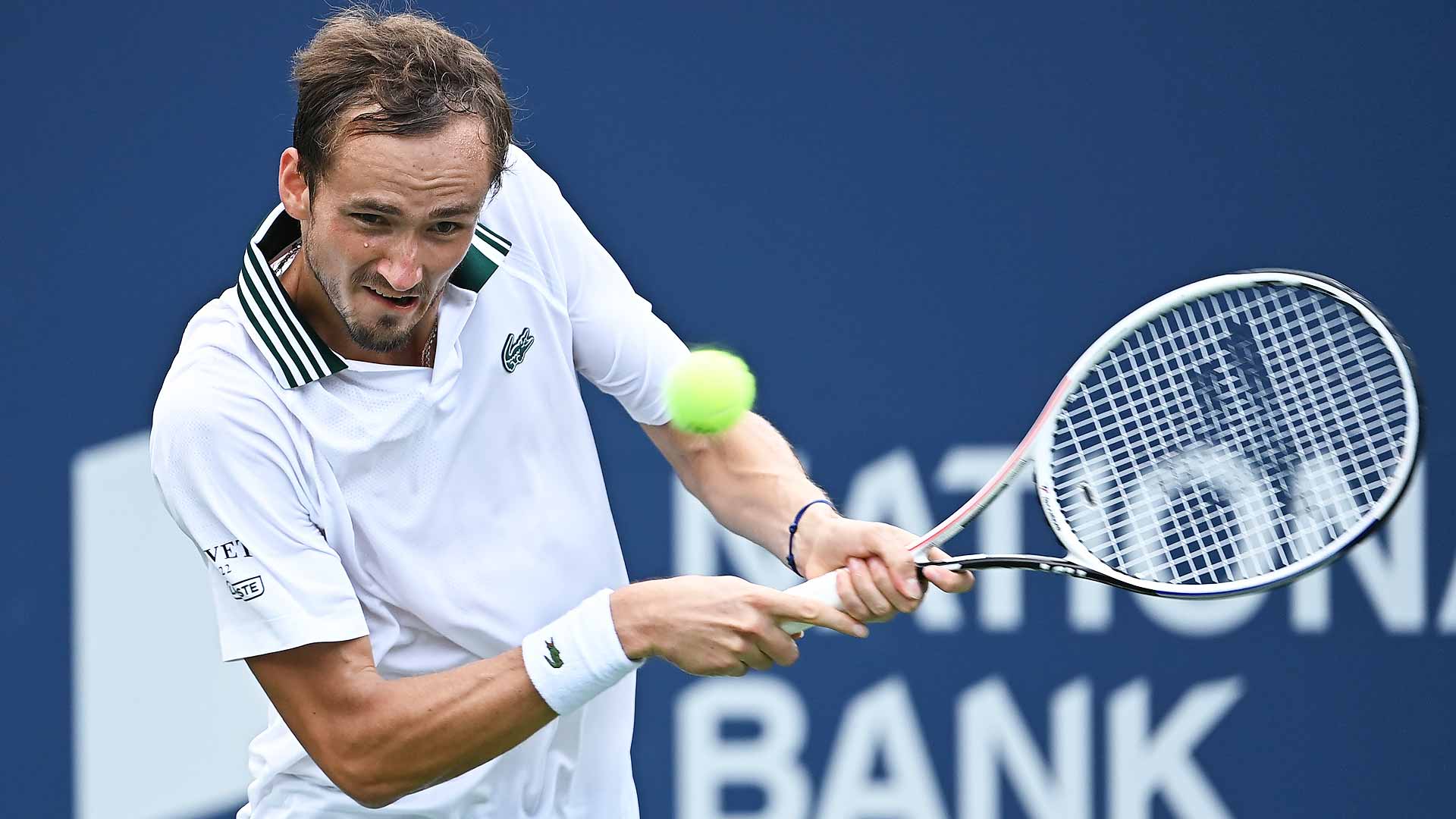 Toronto: Top seed Daniil Medvedev powered through a rough patch to beat James Duckworth 6-2, 6-4 on Thursday and reach the quarter-finals of the ATP Toronto Masters.

Russia’s Medvedev was in cruise control, up a set and 5-1 in the third-round match, when he was broken by his 85th-ranked Australian opponent.

But the 2019 Canada finalist regained his edge to close out the win in 69 minutes on a second match point.

“When your back is against the wall, you play much better,” Medvedev said of Duckworth. “He came closer at the end and put pressure on me.

“I handled it. I’m really happy with this win. I had never trained with him or played him, so I didn’t exactly know what to expect.

“Sometimes, you need to find out things during the match.”

Medvedev finished with 10 aces as he reached his eighth quarter-final at the Masters level – all achieved since 2019.

He produced 20 winners and 15 unforced errors.

Third-seeded Stefanos Tsitsipas celebrated his 23rd birthday with a solid 6-3, 6-2 victory over Olympic silver medallist Karen Khachanov that put him into his fourth Masters 1000 quarter-final of the season.

The Greek set up a last-eight meeting with in-form Norwegian Casper Ruud, who extended his summer win streak to 13 matches.

Ruud claimed his 37th win of the season against just nine defeats and said that making the transition from clay to hardcourts is all a part of the season.

“It’s fun to play on hardcourt, even if I’ve had my best results on clay,” he said. “My best Slam result this season was at the Australian Open (quarter-finals).

“This is a surface which I think can suit my game. I’m very motivated to come back to the hardcourts.

“We will be on them for the next seven or eight months from now.”

He finished off Khachanov in 80 minutes, with the Russian committing more than 30 unforced errors.

Birthday boy Tsitsipas received a serenade from fans and a cake on court.

“This is one of the best feelings that you can experience on a tennis court, I’m glad they remembered,” he said.

“It’s always a beautiful day when it’s your birthday.”

The Greek knows he will have to work against Ruud on Friday.

“Casper is a player who has been developing very good recently. He had an amazing claycourt season,” Tsitsipas said.

“We are the same age, we grew up playing each other — it can be quite intense.”

A 20-ace performance was more than enough to see John Isner through to the last eight as the Atlanta tournament champion won an eighth consecutive match, defeating fourth seed Andrey Rublev 7-5, 7-6 (7/5).

The American showed his determination to reach an 18th quarter-final at the elite Masters level as he saved three break points in the seventh game of the second set with aces.

The 36-year-old spent an hour and three quarters in advancing with 29 winners and 28 unforced errors.

Isner next faces France’s Gael Monfils, who extended his career revival after a fallow pandemic period with a 6-1, 7-6 (7-2) defeat of American Frances Tiafoe.

Monfils reached his first quarter-final since Dubai in February.

Spanish 10th seed Roberto Bautista Agut defeated Argentine eighth seed Diego Schwartzman 6-3, 3-6, 7-5 and next plays Opelka, whom he beat in the first round at Doha this season.