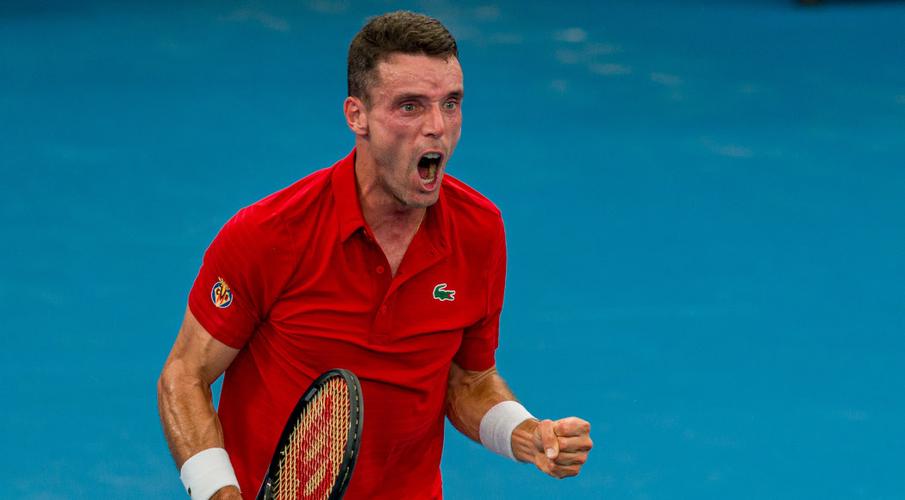 Veteran Roberto Bautista Agut upset world number eight Casper Ruud on Monday to give Spain their second straight win at the ATP Cup, a record matched by Hubert Hurkacz’s Poland. The 33-year-old Bautista Agut is the lead singles player for his country in the absence of 20-time Grand Slam champion Rafael Nadal and has stepped up in style. After crushing Chile’s world number 17 Cristian Garin in Sydney on Saturday, he backed it up with a battling 6-4, 7-6 (7/4) victory over Ruud, the first Norwegian to win an ATP Tour title.

It ensured Spain won the tie with an unassailable 2-0 ahead of a dead doubles rubber after Pablo Carreno Busta made a quick start when he dismissed Norway’s 345th-ranked Viktor Durasovic 6-3, 6-3 in just 69 minutes.

Norway have lost both their opening ties in Group A, which also features 2020 champions Serbia and Chile, who play Monday evening.

Serbia are led by Dusan Lajovic in the absence of Novak Djokovic and he faces Garin.

In the other evening clash, Stefanos Tsitsipas’s Greece take on Diego Schwartzman’s Argentina.

World number four Tsitsipas pulled out of his top-10 showdown with Hurkacz on Saturday, not wanting to risk his right elbow yet after surgery in November.

However, he did play doubles that night and is listed to meet Schwartzman in a must-win clash for Greece after losing their opening tie. Argentina are 1-0 after beating Georgia on day one.

But the world number nine was forced to dig deep against Georgian Aleksandre Metreveli, ranked just 570, who stepped in after Nikoloz Basilashvili pulled out before the match.

“He played well in the first set and things were not going my way. But I got better with each set and am happy to get the win,” Hurkacz said.

Poland can book a place in the semi-finals if they defeat Argentina on Wednesday, with only the top nation from each of the four groups making the knockouts.