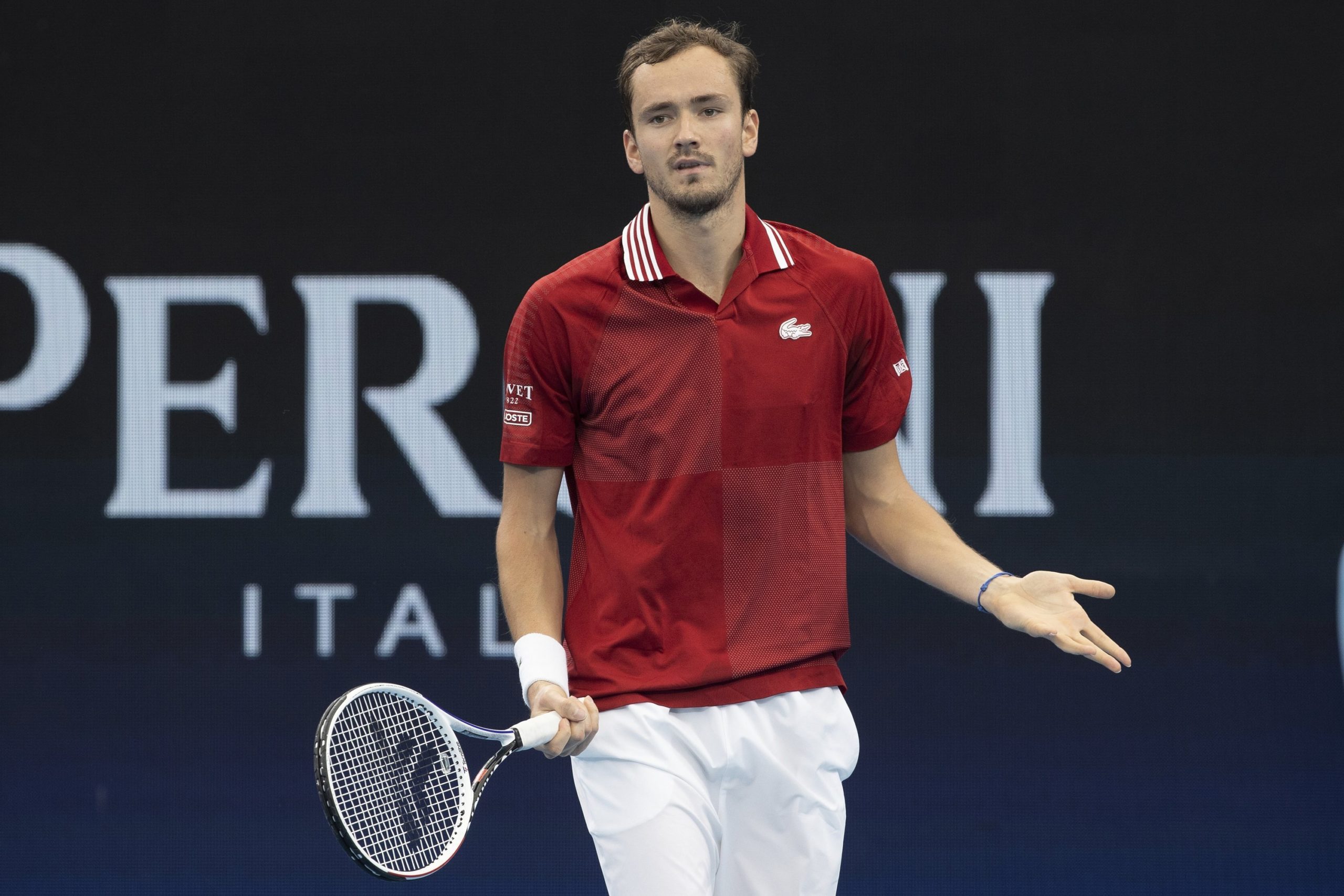 Daniil Medvedev suffered a shock defeat in his opening match of the season against France’s Ugo Humbert Sunday at the ATP Cup, upsetting his preparations for the Australian Open. The US Open champion is leading a Russian team in Sydney depleted by injuries and Covid-19 as they look to defend the title won against Italy last year. But world number two Medvedev, who captured four tour-level titles in 2021, was stunned by impressive 35th-ranked Ugo Humbert on a hot Sydney day.

“It was very tough today, but I’m very happy,” said Humbert after one of the biggest wins of his career.

“I had some opportunities in the first set, and I just tried to stay relaxed, stay focused on what I had to do and it was a great match.”

Ranked 167, he saved 15 of 19 break points to pull off a 2-6, 7-5, 6-3 win over France’s Arthur Rinderknech to set the stage for Medvedev, who could be the top seed at this month’s Australian Open if defending champion Novak Djokovic fails to show up.

Djokovic has refused to confirm if he has been vaccinated against Covid-19, a requirement at the opening Grand Slam of the year, and pulled out of the ATP Cup.

The Russia-France tie went to a deciding doubles rubber.

They play each other in an evening tie with Berrettini facing Alex de Minaur.

Only the winning nations progress to the semi-finals from each of the four groups in the teams event, which runs until January 9.

In the other night match, Alexander Zverev’s Germany go up against a British team led by Cameron Norrie, who had a breakout 2021 season that saw him storm through the rankings to end at 12.

The United States, meanwhile, won their clash against Canada, with big-serving veteran John Isner thrashing Brayden Schnur 6-1, 6-3 after he stepped in at short-notice for 14th-ranked Denis Shapovalov who pulled out with fatigue.

The 22-year-old is still struggling after testing positive for Covid-19 on his arrival in Sydney, then spending time in isolation.

“I’m disappointed not to be able to play the first match, but I just didn’t feel ready physically yet, so we did what is best for the team,” said Shapovalov, who later eased his way back by playing the dead doubles rubber.