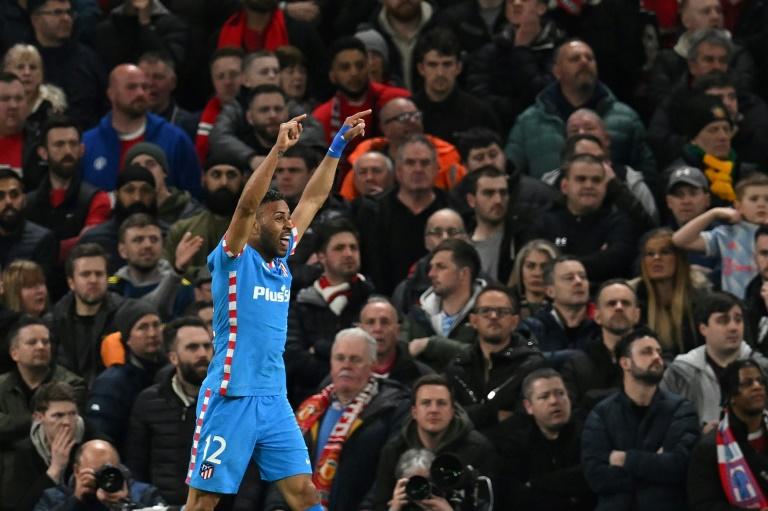 Atletico Madrid drove the final nail in the coffin of a miserable season for Manchester United as Renan Lodi’s header sent the Spanish champions into the Champions League quarter-finals with a 1-0 win at Old Trafford to progress 2-1 on aggregate. The Brazilian full-back headed in unmarked at the back post four minutes before half-time to end United’s last chance of silverware this season as their drought without a trophy since 2017 goes on. United now face an uphill task just to get back into the Champions League next season as an under-performing squad filled with star names sits fifth in the Premier League.

Atletico’s own struggles to break into La Liga’s top four this season have shown up their limitations.

But the experience of Diego Simeone’s men in the Champions League knockouts shone through as they comfortably saw the game out to reach the last eight for the sixth time in the last nine seasons.

“We were fully aware that against this team you need to score the first goal yourself,” said United interim boss Ralf Rangnick.

Cristiano Ronaldo had consistently been the scourge of Atletico in the Champions League, twice landing the ultimate blow in final defeats to Real Madrid and scoring a hat-trick for Juventus to overturn a 2-0 first leg deficit at this stage three years ago.

However, Simeone’s men finally got one over on the 37-year-old as for the first time in his career he failed to register a shot in a Champions League game in which he played the 90 minutes.

Anthony Elanga came off the bench to salvage a 1-1 draw for United in the Spanish capital three weeks ago and the Swedish teenager had his side’s best chance on 13 minutes.

Atletico had been penned inside their own half for the opening 15 minutes but posed a threat every time they managed to string a few passes together on the counter-attack.

“At the start of the game you could see that we could hurt them on the counter-attack,” said Simeone.

“It was a huge collective effort. I’m delighted.”

Joao Felix had scored five times in his previous five games, including Atletico’s goal in the first leg, finally starting to deliver on his 120-million-euro ($131 million) price tag.

The Portuguese had the ball in the net again at the end of a slick Atletico move that cut through a leaden-footed United defence, but Marcos Llorente was flagged offside from Koke’s pass before he squared for Felix to apply the finishing touch.

United did not learn their lesson as they were again easily opened up down their left for the decisive goal.

The home fans were still screaming for a foul on Elanga in the Atletico half when the visitors fed the ball forward to Felix, whose backheel found Antoine Griezmann and his cross picked out the unmarked Lodi to head home.

Atletico resorted to the tried and tested tactics of Simeone’s reign in the second half as they were happy to sit on their lead and were not unduly troubled by a United side lacking in ideas.

“They scored a goal then are a tough team so it was hard for us to create chances. We are out of one of the most important competitions so we are very sad.”

Ralf Rangnick made the brave call to withdraw Bruno Fernandes 23 minutes from time as he emptied his bench in search of an equaliser with Paul Pogba and Edinson Cavani among those thrown on.

But set-pieces were the hosts’ only source of danger as Oblak produced a superb save to deny Raphael Varane.

That proved to be United’s final effort on target as the visitors held firm, allowing Simeone to sprint down the touchline in celebration at full-time.