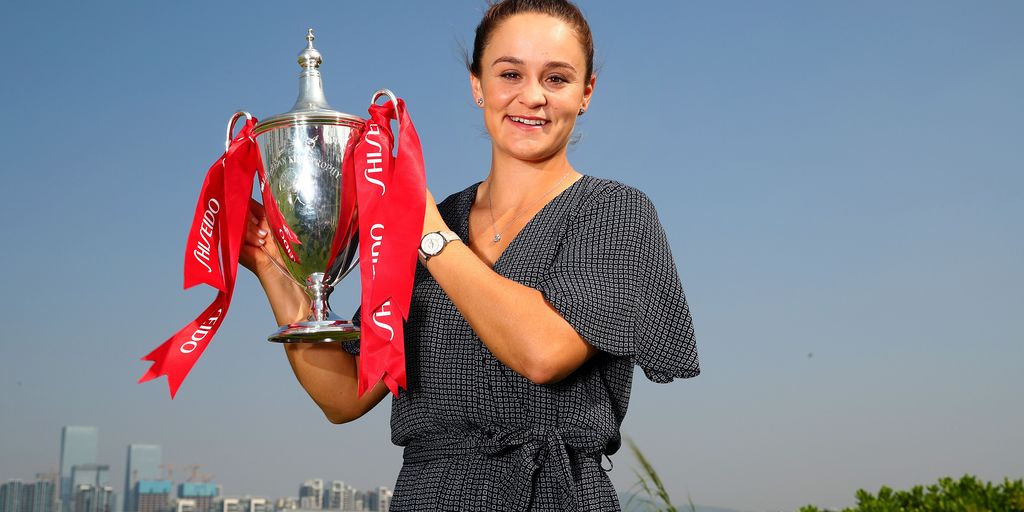 St. Petersburg, Florida: Ash Barty’s Wimbledon title and hold on the No 1 ranking helped her win WTA Player of the Year for the second time in voting results announced Tuesday.

Barbora Krejcikova was selected as Most Improved Player and shared the Doubles Team of the Year award with Katerina Siniakova. Krejcikova was the first woman since 2000 to win both the singles and doubles championships at the French Open.

Emma Raducanu was picked as Newcomer of the Year after winning the US Open at age 18 and becoming the first player to go from qualifying rounds all the way to a Grand Slam title.

Carla Suárez Navarro is the Comeback Player of the Year after returning from Hodgkin’s Lymphoma to play on tour and represent Spain in the Billie Jean King Cup finals.

Barty also was the WTA Player of the Year in 2019. This season, she led the tour with five titles, including her second Grand Slam championship at the All England Club.

The 25-year-old Australian also finished at No 1 in the year-end rankings for the third season in a row.

Krejcikova had never won a singles title before taking three in 2021, including at Roland Garros, and she rose from No 65 at the end of 2020 to a high of No 3 in the singles rankings.

Krejcikova and Siniakova were recognised as the Doubles Team of the Year for the second time, after 2018. They won the French Open, the WTA Finals and an Olympic gold medal together this year.