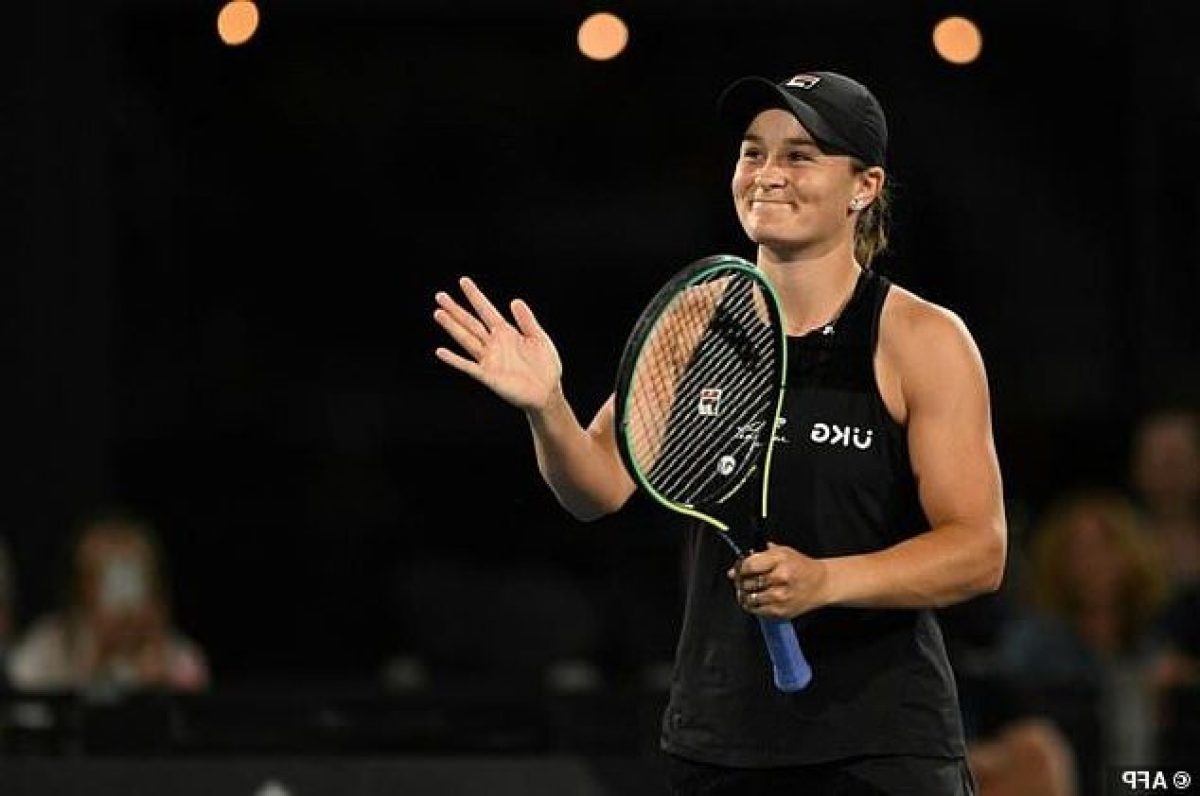 Australia’s Ashleigh Barty continued her excellent form this week when she dismantled fifth seed Iga Swiatek in the semi-finals of the season-opening Adelaide International on Saturday. Barty, the world number one, dominated her Polish opponent to win 6-2, 6-4 and show why she will go into this month’s Australian Open as a firm favourite. She will take on Kazakhstan’s Elena Rybakina in the final after the seventh seed beat Japanese player Misaki Doi 6-4, 6-3 in the first match on centre court. Barty has had a tough draw this week but has got better each match.

After pulling out of all tennis following September’s US Open because of the pandemic, Barty has faced three players inside the top 25 this week.

She came back from a set and a break down to rising American teenage star Coco Gauff in the second round, then demolished former Australian Open champion Sofia Kenin in the quarter-finals.

“This tournament was exceptionally tough right the way through,” Barty said.

“There were certainly no easy matches, but I love to test myself against the best in the world and tonight was no different.

“I felt like each match I’ve got progressively better and hopefully I’ve got a little bit left in the tank for tomorrow.”

Barty broke Swiatek twice in the first set and once in the second, taking advantage of 31 unforced errors from her opponent.

She served beautifully once again — Swiatek only had two break points opportunities in the match, once in each set.

But Barty also tormented Swiatek with her range of shots, the world number nine particularly struggling  with Barty’s sliced backhand.

In the first semi-final, Rybakina started slowly but had too much firepower for Doi, winning 6-4, 6-3 in 83 minutes.

She served nine aces and hit 22 winners in the straight-sets win to book her place in the final.

Reaching the final will see her rise to 12th, and if she beats Barty she will end the week as world number 11.

But in a match of few long rallies, she broke straight back and then broke Doi again at 5-4 to take the first set in 40 minutes.

She found her range and was never troubled on serve, while Doi came under increasing pressure from her opponent’s powerful hitting.

Rybakina broke at 3-3 in the second, then again at 5-3 to claim a comfortable win.

In the first of the men’s semi-finals, second-seeded Russian Karen Khachanov ousted the big-serving Marin Cilic 7-6 (7/3), 6-3.

Khachanov played more consistently than his Croatian opponent, whose forehand began to misfire in the first set tiebreak and during the second set.

Khachanov, who reached the sixth final of his career with the win, will now play either top-seeded Frenchman Gael Monfils or Australian wildcard Thanasi Kokkinakis in the decider.