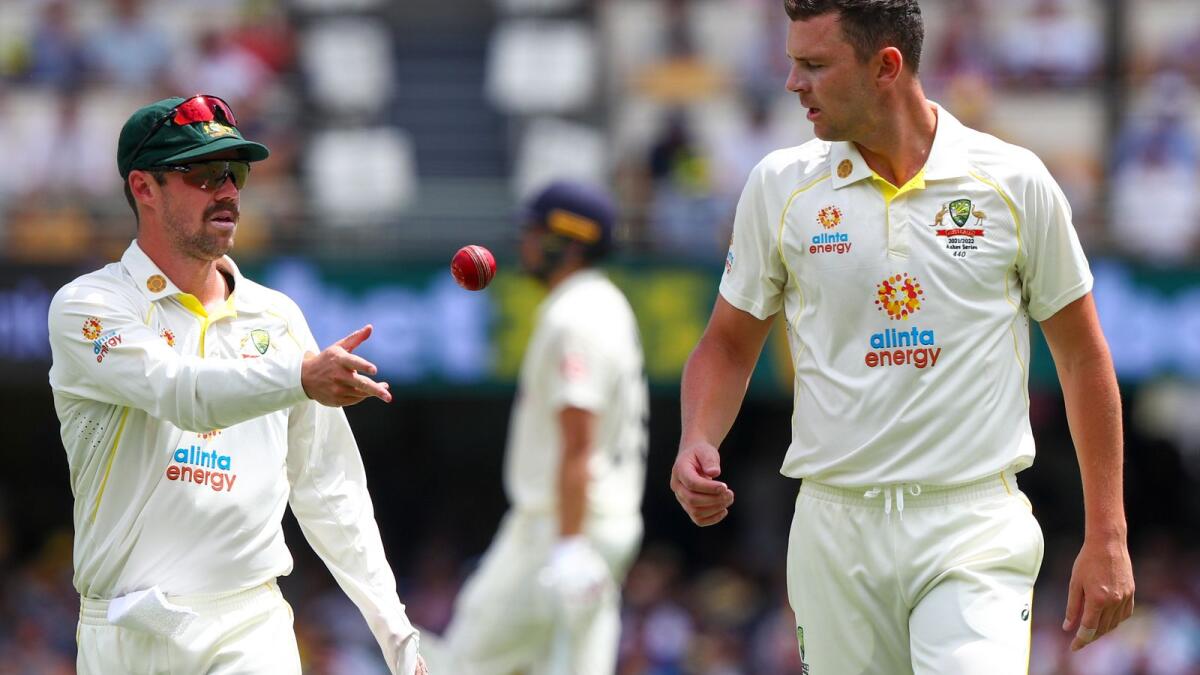 Australia pace bowler Josh Hazlewood is doubtful for the second Test against England with a side strain and has returned home, Cricket Australia said on Sunday.

The 30-year-old flew to Sydney after sustaining the injury during Australia’s nine-wicket victory in the opening Test in Brisbane, though he has not been officially ruled out of the day-night match in Adelaide.

Should he miss the game which starts on Thursday, Jhye Richardson is expected to take his place in the team.

Hazlewood underwent a scan on Friday but bowled on Saturday when Australia cruised to comprehensive victory to go 1-0 up in the five-match series.

Captain Pat Cummins said after the match that Hazlewood’s injury was nothing too serious.

According to local media reports, opener David Warner also returned home with bruised ribs sustained during his knock of 94 in the first innings at the Gabba.

Although Cummins was confident the left-hander would be fit for the pink-ball Test, the injury could give Usman Khawaja the chance to play his first Test since being dropped during the 2019 Ashes series.