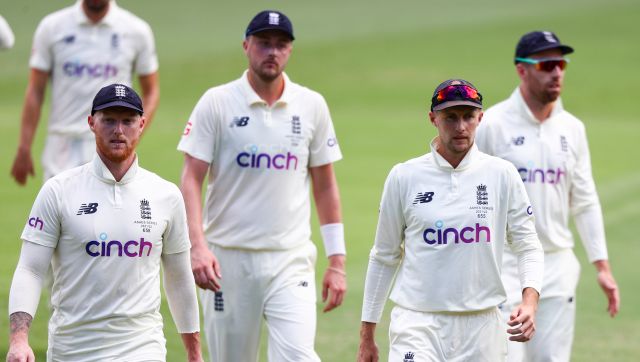 Brisbane: England captain Joe Root said Saturday his team must fix their fielding and batting to get back into the Ashes series, while defending the decision to leave James Anderson and Stuart Broad out of the first Test.

A dominant Australia humbled England by nine wickets to win the opener convincingly at Brisbane inside four days, with the visitors’ woes starting with Root opting to bat after winning the toss.

England were skittled for 147 and despite showing more backbone in the second innings, notably from Root (89) and Dawid Malan (82), they collapsed to leave the hosts needing just 20 to win.

The team was also guilty of putting down too many chances, which allowed Australia to build a first-innings total of 425 and an ominous lead. “If I’m being honest, we can’t create as many chances as we did and put them down,” said Root, with the second Test, at Adelaide, starting in just five days’ time.

“Our bowlers were excellent. We have got to be better in the field and with the bat.

“We know where we need to get better, but the way we responded in the second innings showed a great amount of character and fight which will stand us in good stead.”

Despite the Gabba ground tending to favour seam bowlers, England opted to leave their two greatest wicket-takers — Anderson and Broad — out of the eleven.

It sparked bewilderment and criticism which Root did not address directly when asked in his post-match television interview whether he would have chosen differently if given his time again.

“One thing I will say is we wanted variation in our attack, to be able to change the pace and move through different gears throughout the innings,” he said.

Off-spinner Jack Leach, who came in for Broad, was punished by the Australian attack, but Root said he took responsiblity.

“If anything, it falls on me for giving him too aggressive fields too early, not allowing him to settle and give him a bit more of a chance early on,” he said.

“Jack is a fine spinner in the 20-odd Tests he has played, he has shown what an instrumental part he can play within this team and I’m sure he will play a big part in the series moving forward.

“It’s really important in a five-match Test series we don’t feel too sorry for ourselves on the back of this,” the England captain added.

“We have got to remember there is a huge amount of cricket to play.”