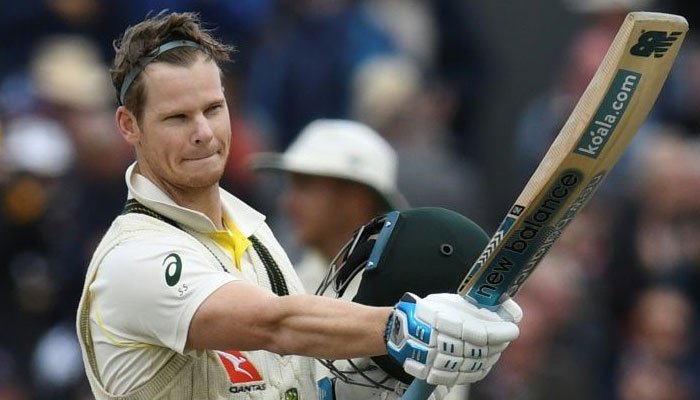 Adelaide: Steve Smith says he always felt that he had the support of the Australian public after slipping back into the captaincy of the Test team this week, capping a remarkable career revival.

In March 2018, Smith was enemy number one in the wake of a ball-tampering scandal that shook cricket.

It was a long road back — a two-year leadership ban and one-year playing suspension. Australia’s Steve Smith walks off the ground after the toss before their Ashes Test match against England in Adelaide, Australia, on 16 December. AP

But the 32-year-old’s redemption was all but complete last month when he was named vice-captain to new skipper Pat Cummins when Tim Paine quit over lewd text messages, even though not everyone agreed with the decision.

By a quirk of fate, Smith was then thrust back into the top job for the first time in nearly four years for the ongoing second Ashes Test against England at Adelaide when Cummins was ruled out hours beforehand over a COVID-19 scare.

“I woke up… I looked at my phone and saw two missed calls from Patty and a message from JL (coach Justin Langer) saying, ‘Are you awake?'” Smith — one of the world’s premier batsmen — told cricket.com.au about how he learned he would again captain the team.

“I wanted to lead the side in Patty’s absence and continue on what he started last week,” Smith added, referring to Australia’s nine-wicket thrashing of England in the first Test.

“I’m looking forward to working with Patty in the future and helping him in any way that I can grow as a leader, and help the team have success.”

So unprepared was Smith that he didn’t have his captain’s blazer with him and had to borrow Cummins’, which was a size too big as he walked out for the toss on Thursday.

It was a far cry from 2018 when a distraught Smith tearfully fronted a press conference admitting to a “failure of leadership” after the “Sandpaper-gate” scandal in South Africa that saw him sent home in disgrace.

Cameron Bancroft had been caught by television cameras trying to rough up the ball with sandpaper with Smith and his deputy David Warner found to be involved. All three were sanctioned.

Cricket Australia chief Nick Hockley said in the wake of Cummins being exposed to coronavirus that Smith had “served his ban in full and by his own admission has grown a lot as a person”.

“The national selection panel and the board, we felt he had demonstrated that he was absolutely fit to hold a leadership position again,” he added.

Captaincy appears to agree with Smith.

After winning the toss in Adelaide’s day-night Test he chose to bat and saw his team pile on 473 for nine in their first innings, contributing a fine 93 himself, before declaring late Friday to give his bowlers at crack at a wilting England.

It proved to be a good move, with both England openers removed in quick succession.

First-innings century-maker Marnus Labuschagne, who got his break during the Lord’s Ashes Test in 2019 as a concussion substitute when Smith was felled by a Jofra Archer bouncer, said the stand-in skipper had taken to the job effortlessly.

“His communication with the team after play and before play in the morning, he’s very clear,” said Labuschagne, who has made the number three slot his own, with Smith batting at four.

“It’s the first time I’ve been captained by Steve and it’s nice to see him in that leadership role.”

Despite his past, Smith remains broadly popular in Australia and he was given a standing ovation when he walked out to bat.

“I always felt like I had the support of people here in Australia and it’s always special when you lead your country,” he said.