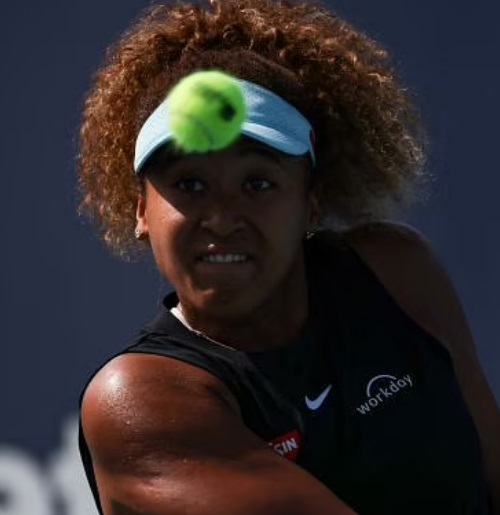 The No. 1 seeded women’s tennis player in the world Ash Barty defeated Victoria Azarenka in three sets to advance to the quarterfinals of the 2021 Miami Open on Monday in Miami Gardens, Fla. No. 2 seeded Naomi Osaka also advanced to the quarterfinals with a straight-sets win over Elise Mertens,

Barty defeated Azarenka 6-1, 1-6, 6-2 in a match that lasted nearly two hours;  She is the defending champion of the tournament, which was last played in 2019 after being canceled last year because of the coronavirus pandemic. Barty will face No. 7 seed Aryna Sabalenka in the quarterfinals.

Osaka beat Mertens 6-3, 6-3; she had three aces, three double faults, and converted five of 14 breakpoints in the win.  Osaka faces Jessica Pegula or Maria Sakkari in the quarterfinals Wednesday in Miami Gardens.

Naomi Osaka highlighted a star-studded field in action. Below, we’ll go over the scores from the day and key results.

The top two players in the women’s draw, Barty and Osaka, both won on Monday, though in a different fashion.

Barty survived a back-and-forth affair with Azarenka, smashing her in two sets while getting crushed in the second set. Azarenka may no longer be the player who was once ranked No. 1 in the world, but she has won the Miami Open Masters three times.

“It’s just about staying in the fight,” Barty told reporters after the win. “It’s about not relenting, not giving up regardless of whether you lose a set or you get a break, whatever it might be. I think it’s just about trying to hang around, and I’ve worked my backside off off the court to make sure that I feel like I’m in good physical condition to play tennis.”

Osaka, who last played on Friday after getting a walkover in the round of 32, extended her winning streak to 23 matches with a convincing win over Mertens. Since 2000, only Venus Williams, Serena Williams, Azarenka, and Justine Henin have ever matched or exceeded 23 straight wins.

“This is one of my favorite tournaments to play, and of course I’m sad I haven’t been able to get to the second week the last times that I have played this tournament,” she told reporters Monday. “But I’m here now, and hopefully it will go well this time!”

Osaka advances to play Sakkari, who defeated Pegula on Monday.

Daniil Medvedev roared into the third round of the Miami Open.
Ailing top seed Medvedev toils into Miami Open fourth round.