Arsenal have a responsibility to qualify for Europe: Mikel Arteta. 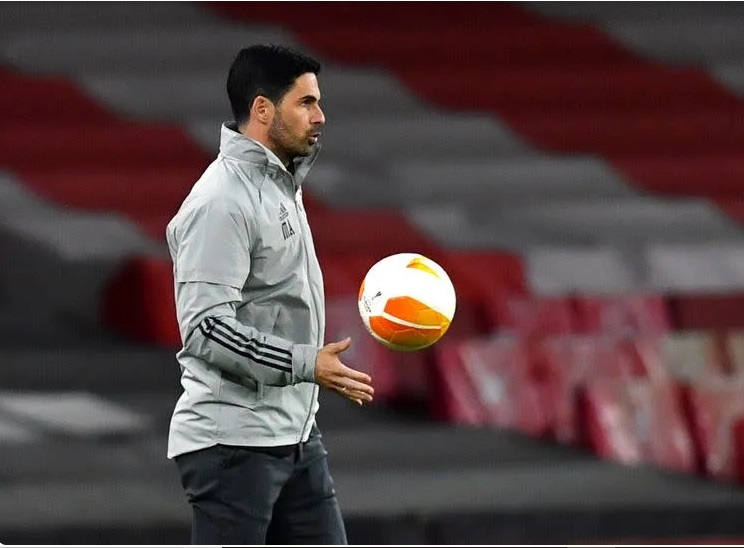 Arsenal manager Mikel Arteta said that qualifying for the European competition next season is the minimum expectation at the club but that he was not under any pressure despite their position in the Premier League.

Arsenal is 10th with eight games left and face a tough task to qualify through their league position. They sit seven points behind Tottenham Hotspur who occupy sixth place.

A sixth-placed finish offers the team a chance to qualify for the second-tier Europa League.

Winning this year’s Europa League will seal qualification to the Champions League, but Arsenal has work to do after being held 1-1 by Slavia Prague in their quarter-final first leg.

Asked if he was feeling the pressure, Arteta told reporters: “It’s not pressured, it’s our responsibility.

“The club we represent has high demands and that’s the minimum we can ask for and have to, over time, work to deliver those goals because it’s what we get asked for.”

Arteta led Arsenal to the FA Cup title last season but the team has failed to kick on in the current campaign.

The Spaniard said he did not think they would benefit from a season out of Europe to work on their long-term project.

There are some really good examples of teams that took time out to rebuild and it helped them, but “I would rather be in Europe”, Arteta said.

Why does Real Madrid celebrate their titles at Cibeles?
El Clasico: Real Madrid tops La Liga with 2-1 win over Barcelona.