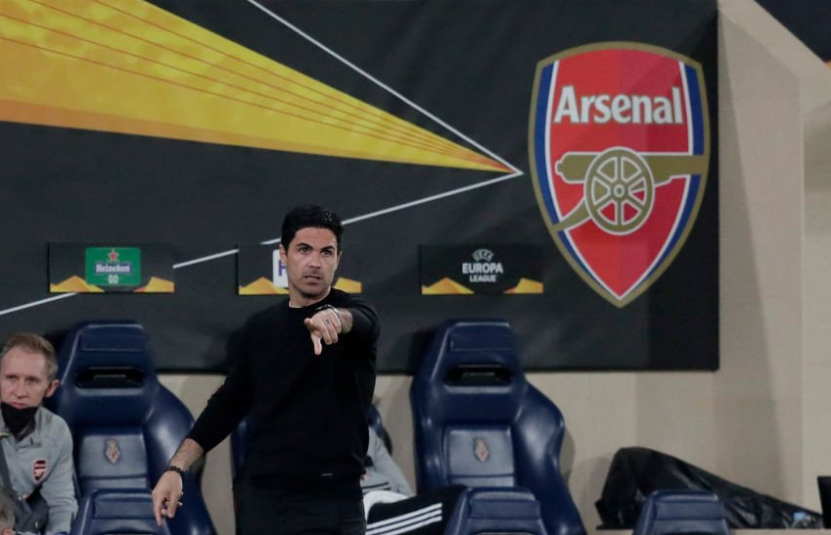 Arsenal found themselves against the ropes when they trailed 2-0 following goals by Manu Trigueros and Raul Albiol before having Dani Ceballos sent off.

Arsenal found themselves against the ropes when they trailed 2-0 following goals by Manu Trigueros and Raul Albiol before having Dani Ceballos sent off.

But Saka, one of Arsenal’s standout players at the Estadio de la Ceramica, won a penalty that was converted by Nicolas Pepe to give the north London club a lifeline heading into the second leg at the Emirates Stadium next week.

“We needed a moment of magic and he (Saka) produced it again,” Arteta told BT Sport. “We are very used to that this season. But that also tells us we need to do much more in other areas. We cannot rely all the time on him.”

Arteta said Pepe’s penalty could prove to be a pivotal moment in the tie.

“It gives us belief that if we do the right things and we play at our level, we can beat them,” he said. “I’m disappointed that we lost the game obviously.

“We had some issues. The fact that we conceded really early affected us. We lost our organization, we were really stretched and there were big differences between the lines that we could not join together with the ball.

“But after the story of the game, I think we have to take it because we are in the tie, we are still alive.”

Arsenal, who are 10th in the Premier League with 46 points from 33 games, visit Newcastle United on Sunday.