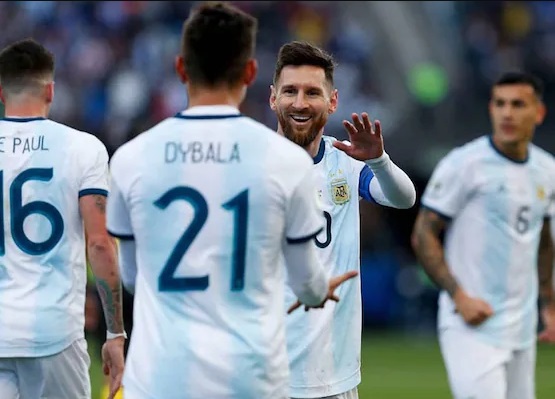 Argentina’s football association (AFA) on Friday suspended all professional tournaments as a new coronavirus lockdown was imposed on the country, just over three weeks before hosting the Copa America. The news comes one day after South American football’s governing body CONMEBOL stripped Colombia of co-hosting rights after the country asked to have the competition postponed until the end of the year. Colombia officially said it was due to there being little chance of fans attending but the country has been gripped by weeks of social unrest that has left at least 42 people dead, and is also struggling with a second wave of the coronavirus pandemic.

“In order to accompany the health measures announced by President Alberto Fernandez to combat the second wave of the Covid-19 pandemic that we’re going through, AFA has decided to suspend the scheduling of matches in all competitions … from 8:00 pm today until Sunday May 30, 2021 inclusive,” said the Argentine association in a statement.

Fernandez announced on Thursday a nine-day lockdown to begin on Saturday, adding that Argentina was “going through the worst moment in the pandemic” with a daily average over the last week of 27,000 cases and 500 deaths.

The government has also shut down businesses and commercial activity until June 6 in the country of 45 million.

Earlier this week, Fernandez had said Argentina would be prepared to host the Copa America by itself should Colombia pull out.

The lockdown will end just before Argentina are due to take part in two World Cup qualifiers at home to Chile on June 3 and away to Colombia five days later.

The lockdown means Argentina’s League Cup semi-finals and finals, scheduled for the next two weekends, will have to be played at a later date. The winners qualify for next season’s Copa Libertadores.