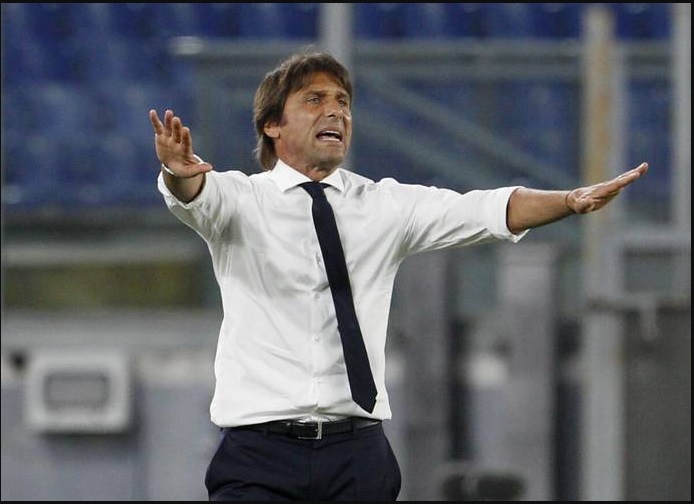 Inter Milan coach Antonio Conte has terminated his contract one year early just days after leading it to its first Serie A title in 11 years, the club said on Wednesday.

Conte, who joined Inter in May 2019, agreed to depart after Italian media reported he had been left unhappy with plans to reduce investment and cut costs due to the financial impact of the COVID-19 pandemic.

“FC Internazionale Milano can confirm that an agreement has been reached with Antonio Conte for the termination of his contract by mutual consent,” read a club statement.

“The club would like to thank Antonio for the extraordinary work that he has done, culminating in Inter’s 19th top-flight title. Antonio Conte will forever remain a part of our club’s history.”

The 51-year-old’s ambitions to improve his squad were at odds with the club’s financial situation, with Inter reportedly looking to slash the wage bill by 15-20% and make 70-100 million euros from player sales before next season.

Sky Italia reported that Conte was not convinced by the plans, which include the possible sale of a key player, and that Inter will hand the coach a severance payment of around 7 million euros ($8.53 million).

Inter made the high-profile signings of players like Romelu Lukaku, Christian Eriksen and Achraf Hakimi during Conte’s tenure and their arrivals spurred the club to great success.

Conte masterminded a superb domestic campaign for Inter, wrapping up the Serie A title with four games to spare and accumulating 91 points, the second-highest total in the club’s history after the 97 it amassed in 2006-07.

Inter finished no higher than fourth for eight years before Conte’s arrival.

He made an immediate impact by leading it to the runners-up spot in Serie A and the Europa League in his debut season.

It went one better in 2020-21 as Conte’s side blew away the competition domestically to end Juventus’ nine-year stranglehold on the league crown.