Anjum Chopra interview: ‘Women’s cricket in India needs to adopt a structure of its own’ 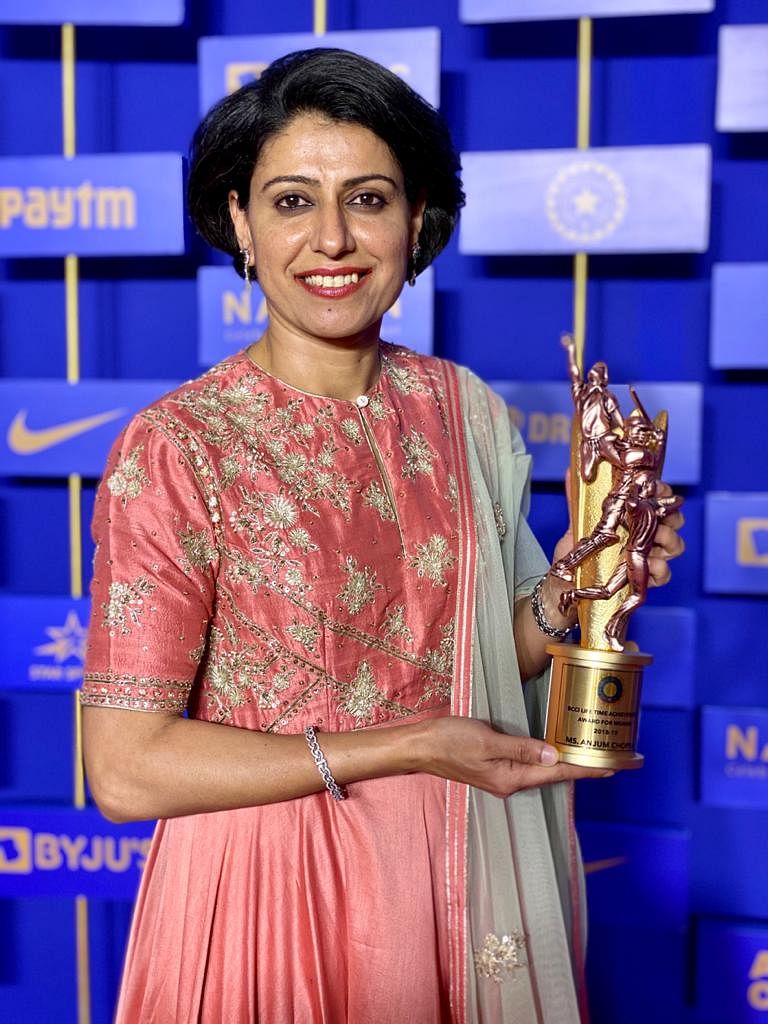 The India women’s cricket team’s first overseas assignment after the T20 World Cup in February 2020 came in June this year when they travelled to England for a multi-format series.

This was also their second international outing since the 2020 ICC event with the first one coming against South Africa at home in March for the ODI and T20I series.

Touring heavyweights England is never easy but the challenges were multiplied by the inexplicable long COVID-19 break. Eventually, Heather Knight and Co handed India a 10-6 defeat in the multi-format series with the Test match accounting for 4 points and limited-over match fetching two.

A 10-6 scoreline flattered some in the Indian cricketing ecosystem for the team made gains on a few fronts. But a closer look at the results gives us a better idea of where the team stands. A valiant rearguard resistance by Sneh Rana and Taniya Bhatia helped India draw the one-off Test while they lost the ODI and T2oI series by an identical 2-1 margin.

Professional Indian cricketers playing international cricket after spending multiple days at home was a big plus. India playing a Test match for the first time since 2014 was also a positive. The performance of the team, however, left much to be desired. This is the team that reached the final of the 2017 ODI World Cup (considered by many as the turning point for women’s cricket in India) and was expected to improve by leaps and bounds in the subsequent years.

Some, who are well acquainted with women’s cricket in India, have a different take on the tour result. Former India captain Anjum Chopra sees it as an indication that a lot still needs to be done.

“We always go out with the aim to win, never to lose. Yes, they were playing a Test match after a long time and they played phenomenally well to save the match but did anybody realise England bowlers were bowling back-to-back and they took 18 wickets. This is a plus for England Women, not that it is a minus for India because even men don’t do this very often. This was a big plus for women’s cricket,” says Anjum.

“Coming back to the tour, the fact that we lost the ODI, T20I series, was a negative. We saved the Test and won one ODI and T20I that was a positive. But if we analyse the results from the prism of win or loss then the series was not a positive one.”

“But there are a lot of takeaways. Sneh Rana was obviously the standout performer. Tanya Bhatia coming back and keeping so well and batting that well with Sneh Rana in the Test was a positive. Deepti Sharma contributing with the bat and ball after the South Africa series, so that was a positive. Individually there are positives.”

Talking about the specifics. Coach Ramesh Powar at the end of the tour spoke about bringing “ideological” change to the team setup, to play aggressive and fearless cricket, in order to match the best. The age-old problems of slow strike rate, inability to rotate the strike in middle overs, poor running between the wickets, poor fielding, lack of pace bowling options are what made Powar desire an ideological change. The former India cricketer said he can’t “force” them in one series and even added that new players could be brought in to implement the new ideology.

Anjum is not sure the change can be brought about in the next few series as well. Change is required not only at the senior level, but also at every step from the grassroots level to the top.

“The most important factor is that women’s cricket team has not been getting that many tournaments as we have been asking for in the last 20 years. As far as I remember, our request and challenge have been exposure. Our challenge has remained fewer chances. I made my debut in 1995 and since then ‘we want more matches’ has remained constant. This line has not changed. And another thing is ‘we need to become fitter, we need to improve our fielding, we need to run better between wickets’, these lines also never change,” says the cricketer-turned-commentator.

“I am very surprised we didn’t see from before that change is required. Winning in England is not easy with minimal cricket behind us in the last year. So obviously the players have worked hard but why do we as Indian players find ourselves so often in a do-or-die situation? Why can’t we incorporate a process in women’s cricket that gives us stability and results? It’s not only the players’ fault or just administrators’, but the process is missing. And it is not that we in India don’t know the answer to the problem because the men’s team is not required to play qualifiers to play in the World Cup.”

BCCI has shown with the men’s team that a paradigm shift can be attained with proper planning and execution. From also-rans in the 1990s to becoming one of the top contenders in every ICC event, the Men in Blue have come a long way from the time television sets in TV would be switched off after Sachin Tendulkar go out.

“Men’s cricket (in India) wouldn’t have been here, where we have two teams playing international cricket at the same time, without a process. There must have been something good that we keep churning out players regularly. So our country clearly has the structure, talent, or system, then why is there such a vast difference between the performance of men’s and women’s teams? It doesn’t exist in other top cricketing nations,” points out the veteran of 157 internationals.

So what changes are to be made in the process fuelling the engine of women’s cricket in India?

“We need the talent pool to come from an under-14, under-16 level. We need to understand how a 14-year old can travel outside her house to go to a nearby academy. Parents will obviously be worried about the safety of their girls. It will be easy for a boy, not that much for a girl. All that challenges need to be realised and addressed. A system needs to be put in place and monitoring has to happen with authority and responsibility. Whoever is part of it must be held accountable. It’s should not be a case of one person taking the blame for failures.”

Away from the macro issues, Mithali Raj’s strike rate was the biggest talking point from the tour. In the first ODI, India accounted for 181 dot balls while batting before losing the match by eight wickets. Mithali’s innings of 72 (108) where she took 95 balls to reach to first 50 runs was seen as the sticking point with many fans, on social media, even asking for her to retire.

She gave a befitting reply in the third ODI scoring the match-winning innings during which she became the highest run-getter in women’s cricket including all formats, once again highlighting how invaluable she remains to the side.

Mithali has never been a quick run accumulator, however, it is also a fact that the game has changed quite a lot over the last few years, with top teams consistently posting targets in excess of 250 runs in the ODIs. With the 50-over World Cup next year, it’s crucial how the team management handles Mithali and also how the veteran manages herself. The decision for her to bat at No 4 which Mithali says has been taken with the future in mind also raises a question on how things are being dealt with. Coming out late would only give her less time to settle and start scoring at a brisk rate.

Anjum and Mithali played together for long and the No 3 spot always remained something to fight for between the two players. Anjum says Mithali’s teammates must also share the burden of run-scoring consistently.

“Whatever the style, if it’s getting the desired result then there will be no questions. If desired results don’t come, questions will be asked. If it’s required then we must question every other player as well. Also, if her strike rate is low then why others around her don’t bat at a faster rate. If somebody’s role is of an anchor then others need to be told what their role is. If this (Mithali’s low strike rate) was not one of the conflict areas then why was she dropped from the team in the 2018 T20 World Cup semi-finals?”

The former international is also of the opinion that the best batter in the team should come at No 3 regardless of the plans.

“For so many years it has been well known that Mithali likes batting at No 3 and if that’s the case why is suddenly now batting at a lower spot. If she is the best batter in the team and the highest scorer in the world would she not want to bat the most number of balls. Or will you like to send your best player lower down the order? It’s the common theme in cricket; the best player bats at No 3. Only in the Indian team, the best player doesn’t bat at No 3, be it ODIs or T20Is,” she says.